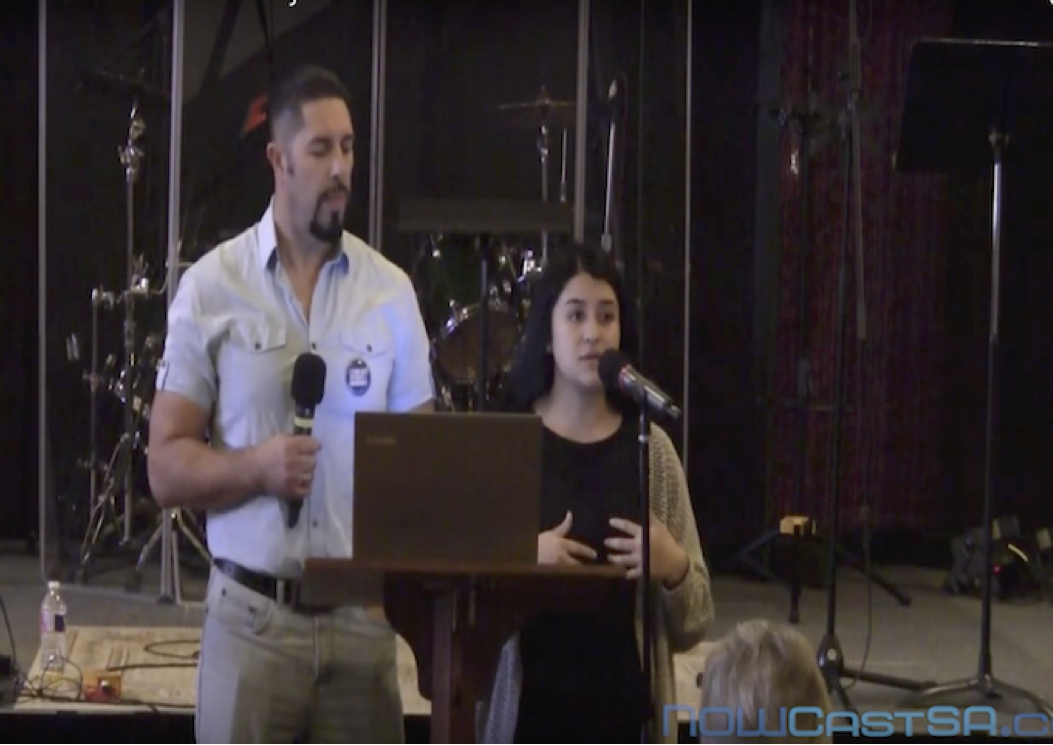 On average, children seeking asylum spend two days inside “las hieleras” or iceboxes, but some reports say kids have been held there for up to 16 days. The U.S. Immigration and Customs Enforcement, or ICE, “give kids only an aluminum blanket to sleep with on the floor, and sometimes they go without water for days, resulting in most  kids coming out very sick” said by RAICES speaker Primitivo Torres. ICE detains up to 45,000 people nationally per day and currently making a huge profit from it.

Jasso and her project partner Torres talked about another location known as the “la perrera” or bull pit, where more children are detained on average for three days with the highest number being 15 days. “In detention centers, the spend on average 17 days with the highest number of days being 268,” about eight months, reported from an individual who was released from adult detention that had been detained that long.

Torres also mentions that according to the “zero tolerance policies as we all know it, families were detained for 7 - 8 months for the zero tolerance policy,” stating basically they grew up incarcerated. “If the child is older than 8 or 10 years old, they have to be separated from the parent, which creates psychological altercations to these young kids on their well-being.”

RAICES also helps provide litigation teams and legal resources for whatever state or major cities the families seeking asylum are traveling to, because “having a lawyers makes it five times more likely to an asylum.” With most lawyers starting prices at $5,000, which most families under these circumstances cannot afford that cost RAICES’ vision and goal is to have 100 percent representation for the families.”

Even families risking their lives attempting to cross the border face repercussions especially with the bond prices from these detention centers being up to $8,500 on average.

Torres said “98% of the families that have cases go unprosecuted in this country” and these families are basically set up for failure. Also he mentioned how important court accompany is for ICE check-ins and if these families miss their first one “They are screwed!”

Watch and listen to the vivid details given by RAICES representatives about the experiences of families seeking asylum, followed by a Q&A with the audience.

Replay video from the event here: