Texas is one of the worst states for children’s overall well-being, KIDS Count report shows 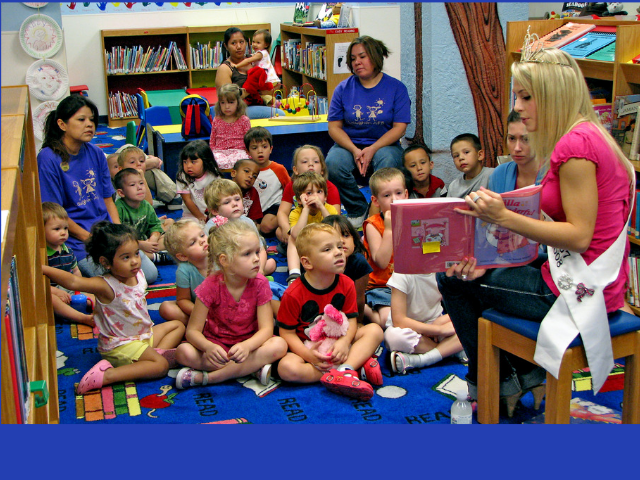 Texas was ranked 41st in the KIDS Count Child Well-Being Index, an annual report that analyzes which states provide better outcomes for its children by comparing amounts of children in poverty, child education statistics, the unemployment rate of parents, and more.

This places Texas as one of the ten worst states to raise children in the United States. New Hampshire ranked at the top of the list, while New Mexico ranked last.

The data was released by the Center for Public Policy Priorities, which has been the Texas grantee for the Annie E. Casey Foundation’s national KIDS COUNT Project for more than 25 years.  Read the entire report here.

Scroll down to see highlighted statistics in the report and infographics for each that detail how Texas compares to the national average and how it is progressing. All definitions and “why this matters” statements and graphics are selected from the KIDS Count Data Center here.

Definitions: Deaths to children between ages 1 and 19, from all causes, per 100,000 children in this age range. The data are reported by the place of residence, not the place where the death occurred.

Why this matters: The child and teen death rate reflects a broad array of factors: physical and mental health; access to health care; community factors; use of safety practices and the level of adult supervision. Accidents, primarily those involving motor vehicles, are the leading cause of death for children and youth. 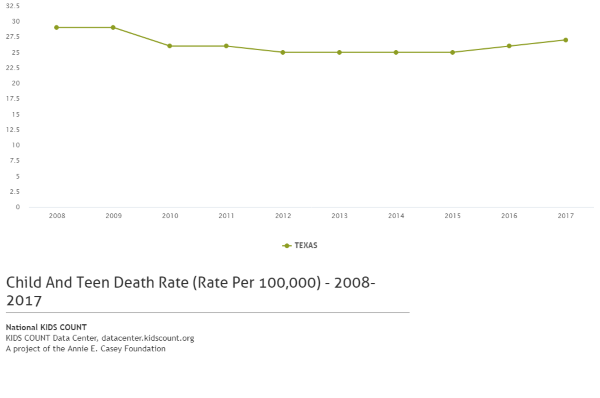 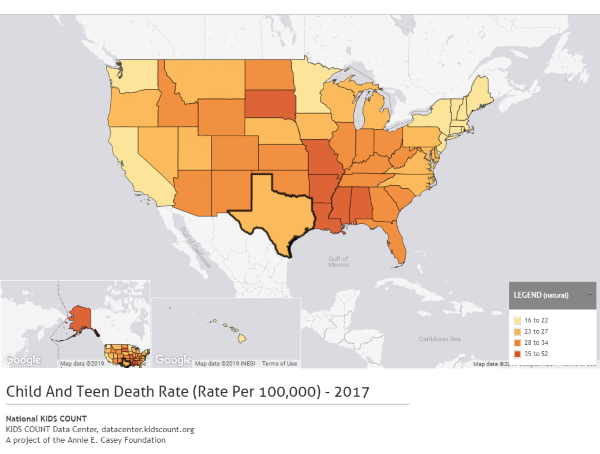 Why this matters: Growing up in poverty is one of the greatest threats to healthy child development. Poverty and financial stress can impede children’s cognitive development and their ability to learn. It can contribute to behavioral, social and emotional problems and poor health. 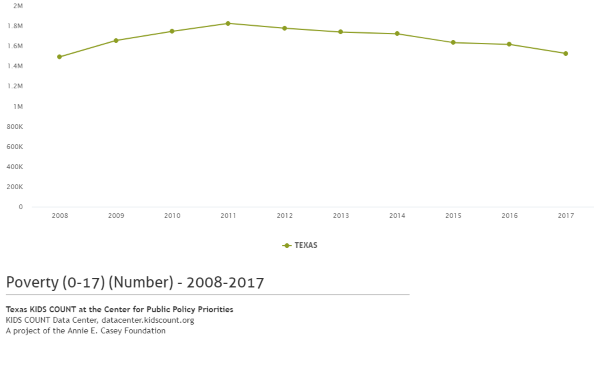 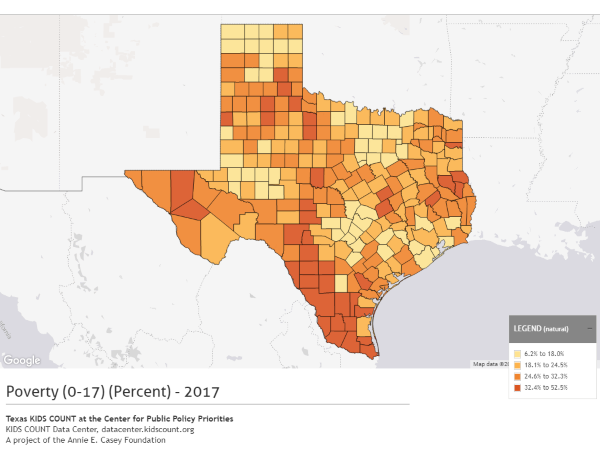 Definition: Children living in census tracts with poverty rates of 30 percent or more.

Why this matters: Concentrated poverty puts whole neighborhoods, and the people living in them, at risk. High-poverty neighborhoods are much more likely than others to have high rates of crime and violence, physical and mental health issues, unemployment and other problems. 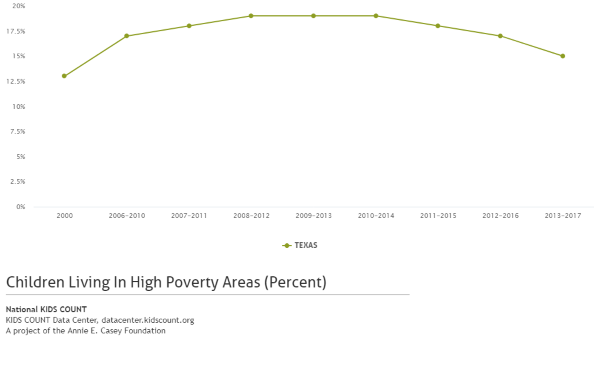 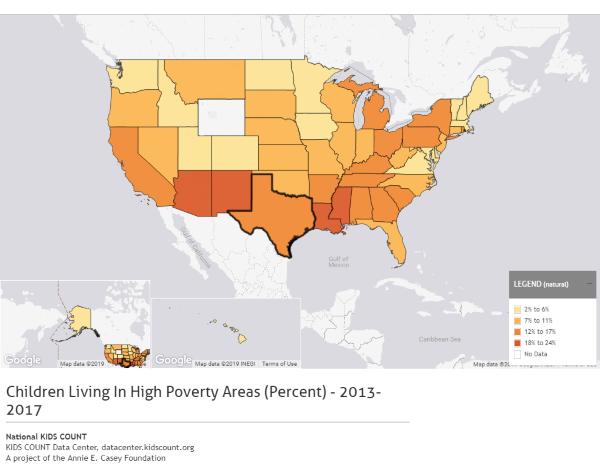 Why this matters: Children living in families lacking secure parental employment are vulnerable. Without at least one parent employed full time, children are more likely to fall into poverty. Yet too many parents who want full-time work are forced to piece together part-time or temporary jobs that do not provide sufficient or stable income; some lack the education and skills needed to secure a good job. Even a full-time job at low wages does not necessarily lift a family out of poverty. 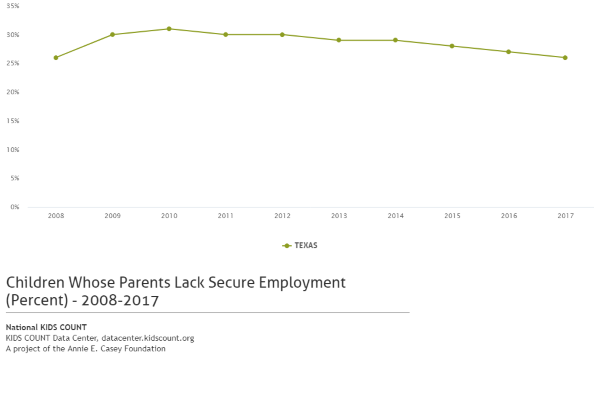 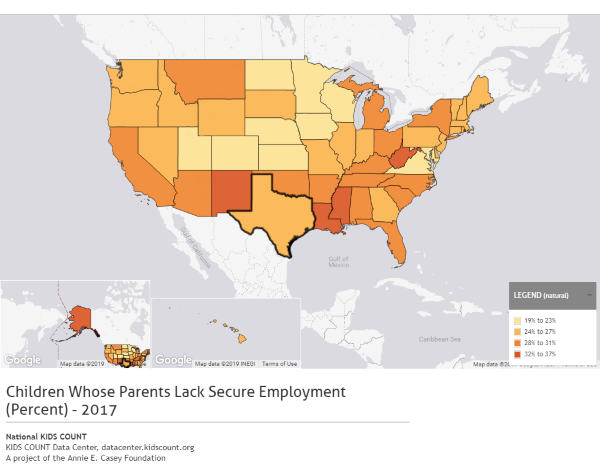 Definitions: The percentage of an entering freshman class not graduating in four years. The measure is derived from the Adjusted Cohort Graduation Rate (ACGR). The four-year adjusted cohort graduation rate is the number of students who graduate in four years with a regular high school diploma divided by the number of students who form the adjusted cohort for the graduating class. Students entering grade 9 for the first time form a cohort that is “adjusted” by adding any students who subsequently transfer into the cohort and subtracting any students who subsequently transfer out.

Why this matters: Students who graduate from high school on time are more likely to continue to postsecondary education and training; they are more employable and have higher incomes than students who fail to graduate. High school graduates also have better health outcomes, make healthier choices and are less likely to engage in risky behaviors. 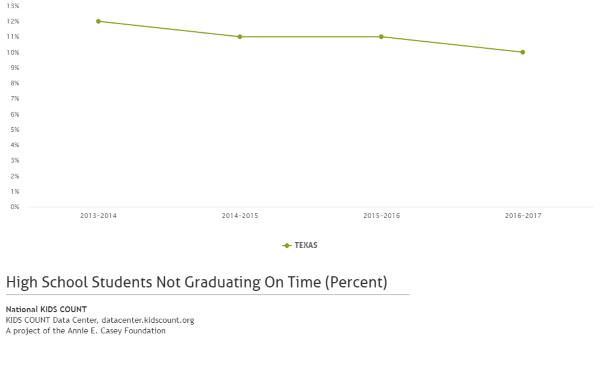 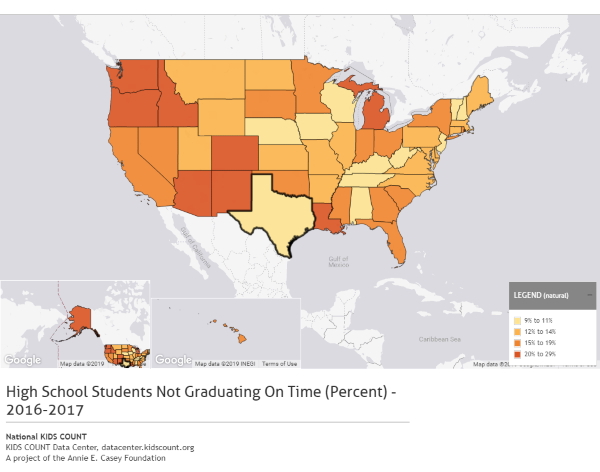 Definition: Births to teenagers 15 to 19 years old. Rate is per 1,000 females ages 15 to 19. Data reflect the mother’s place of residence, rather than the place of the birth.

Why this matters: Teenage childbearing can have long-term negative effects for both the mother and newborn. Teens are at higher risk of bearing low-birthweight and preterm babies. and, their babies are far more likely to be born into families with limited educational and economic resources, which function as barriers to future success. 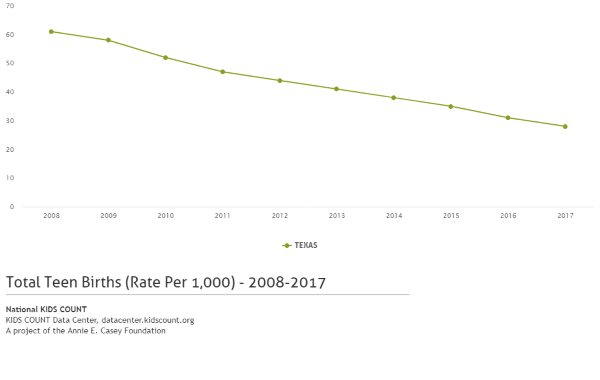 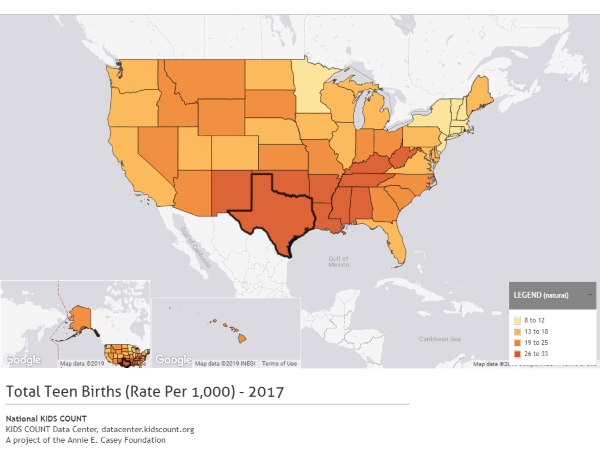