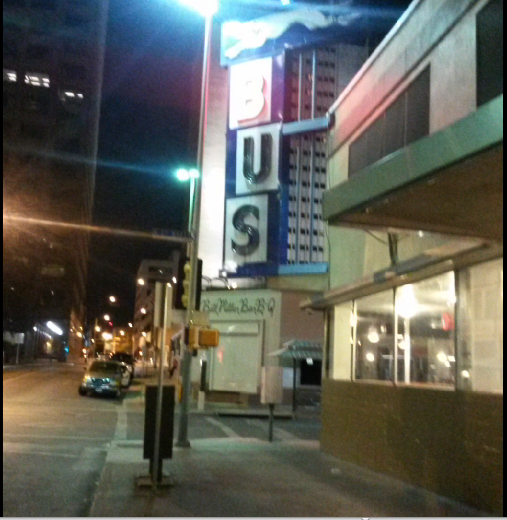 With no money, no food, no medicine and no access to basics like showers, scores of asylum seekers began arriving in San Antonio in late March with few options. But a massive joint effort by the City of San Antonio and a legion of nonprofits and volunteers has surrounded the newcomers with hope and resources.

Many of the Central American asylum seekers are dropped off in San Antonio at the Greyhound bus station at 500 North St. Mary's Street. A city-owned vacant storefront across the street, which used to be home to a Quiznos, has been transformed into a resource center with essential services, giving people access to medical treatment, travel plans, a place to sleep, and day-to-day necessities.

Tino Gallegos, City of San Antonio Immigration Liaison, said volunteers from Catholic Charities, the San Antonio Food Bank, Goodwill, and many other organizations teamed with several City of San Antonio departments to make the resource center functional after an unprecedented influx of people began arriving in San Antonio on March 28 and 29.

“By Saturday (March 30), our city leadership decided that they needed to really coordinate efforts to open up a resource center and assist with sheltering,” Gallegos said. He described the effort at a meeting of the Interfaith Welcome Coalition, a San Antonio group that has been helping asylum seekers on their journey through San Antonio since 2014. (scroll down to watch video of the meeting)

The City of San Antonio Department of Human Services, for instance, coordinates volunteers and helps people find day-to-day necessities. COSA IT Services provides cell phones and laptops so people can contact family and friends in the country for assistance. Metropolitan Health Department opened a clinic in an empty space directly next to the resource center and Travis Park Church offered overnight sleeping space.

Because the situation along the border is not considered a National Emergency, Gallegos said no federal or state money is being allocated to help place people coming into the country.

Meanwhile, between 60 and 70 newly arrived asylum-seekers need a place to sleep in San Antonio each night, and volunteers are needed for overnight shifts to help at the shelter.

“That's kind of why we seek donations and we seek volunteers to help,” he said.

Go to the Interfaith Welcome Coalition website here to find out how you can donate or volunteer.