The Esperanza Peace and Justice Center in collaboration with Jewish Voice for Peace San Antonio Chapter and San Antonio for Justice in Palestine, announce the film screening of ‘The Present’ directed by Farah Nabulsi, followed by a discussion. The film will be screened at the Esperanza Peace and Justice Center at 922 San Pedro, San Antonio, TX on Wednesday, July 28 at 7:15p.m. The screening is free but registration is required, to register visit the following link: https://thepresentfilm.eventbrite.com. Wearing a mask and social distancing guidelines is also required to ensure everyone’s safety.

The Present is an Oscar award-nominated and BAFTA award winning film, it sheds light on how Palestinians are deprived of the basic right to freedom of movement. Starring renowned actor Saleh Bakri, it won the Audience Award for Best Film at Clermont-Ferrand International Short Film Festival 2020 (World Premiere), the Jury Award for Best Live Action Short at the Cleveland International Film Festival (North American premiere), and has since gone on to win upwards of 25 Audience and Jury Awards at numerous International film. The film centers on a Palestinian man (Yusef) and his young daughter who set out in the West Bank to buy his wife a gift, showcasing the struggles they go through between soldiers, segregated roads, and checkpoints.

Farah Nabulsi is a Palestinian British Oscar nominated and BAFTA award-winning filmmaker and human rights advocate. She is the daughter of Palestinians who were fortunate enough to make home in 1970’s Britain - unlike the millions who continue to remain stateless in refugee camps. Born, raised and educated in London, Farah began her career as an institutional equity stockbroker. She ended up with a CFA designation at JP Morgan Chase before moving on to build a children-focused business that she ran for 10 years. In 2015, she started working in the film industry. She founded a production company https://www.nativeliberty.org/ through which she writes, produces and directs fiction films, exploring topics that matter to her and she created a digital resource to deconstruct the Israeli military occupation of Palestine in a way never done before. Farah is currently working on her first feature-length film.

About the Esperanza Peace and Justice Center

The Esperanza Peace and Justice Center is a nationally recognized nonprofit arts organization dedicated to the intersections of cultural arts and social change. Esperanza’s programming champions the lives and experiences of women, people of color, LGBTQ, immigrant, and working class communities. For media inquiries, email Imgard Rop at pr@esperanzacenter.org 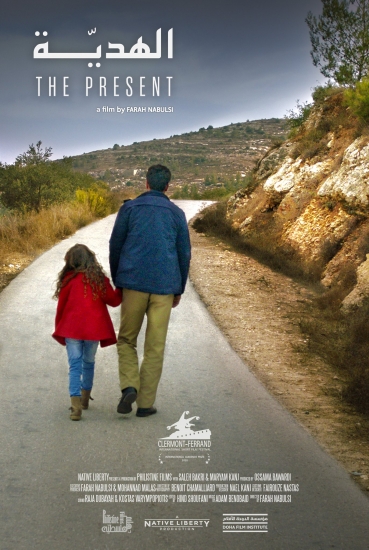