Castro told the Harlandale Middle School students that he knew how important the first day of school was and that he wanted them to know that the entire city is proud of them and wishes them well.

Castro said that nine months ago when the city kicked off SA2020 he asked 5,000 participants from all background all over the city to share their dreams for San Antonio in the next 10 years.

Castro talked about how focusing on making positive choices can help students reach their dreams.
"I want you to know that you have an entire city behind you, that believes in you, that knows that you are smart, that wants you to succeed. The thing is that over the next few years there are going to be a lot of opportunities to make that choice.....every single day of your life. you have a great opportunity to determine what path you take."

This story was updated August 24, 2011 by Nancy Preyor-Johnson.

Correction: As originally published, this article contained an incorrect date. We regret the error. 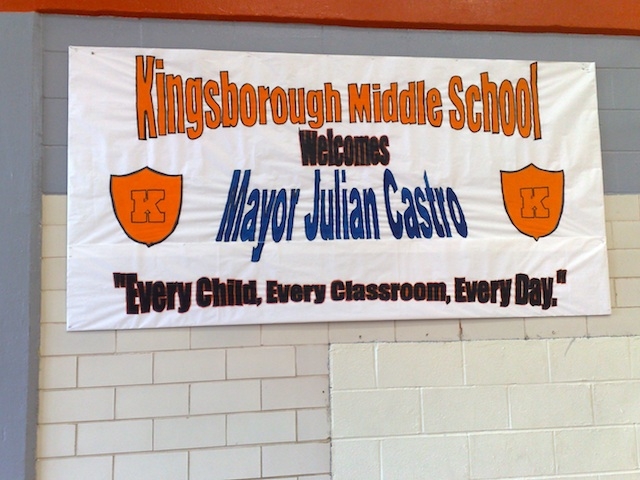