Webcast: What will San Antonio's West and Southwest look like?

Residents living in the West and Southwest sides of San Antonio met with city planners to find out how their neighborhoods will grow and what redevelopment and conservation efforts are in store.

The second public meeting of the West/Southwest Sector was held Tuesday, Feb. 15 at Northwest Vista College located at 3535 N. Ellison Dr. You can watch video from the live Webcast here:

Residents had a chance to give their ideas about the plan and help provide a draft document that will be a component of the San Antonio Master Plan once it is adopted. The planning process for this area is expected to be finished in April.

"Development is coming to San Antonio and that's the reality," said Joyce Echtle, who owns a cattle and grain farm off Masteron Road. "But what we want is quality development, not quantity."

The West/Southwest Sector is the third of five sector plans being created for San Antonio. City planners say it's going to be the guide of a long-range plan on the preferred growth, redevelopment and conservation of the area.

The sector being discussed is bound by Highway 16, Culebra Road and Grissom Road to the north, General McMullen Drive, the east boundary of Port San Antonio and Pleasanton Road to the east; Loop 410 and IH-35 to the south and the city's extraterritorial boundary to the west. Below is a map of the area provided by the City of San Antonio. 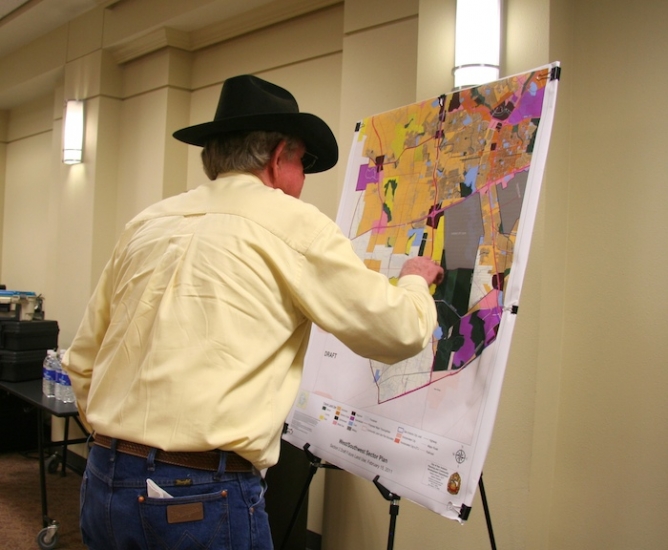