At 85, Photographer Allee Wallace Survived a Near Fatal Bout with the Coronavirus

Allee Wallace recently returned home after spending a month at death’s door, slowly recuperating from a life-or-death struggle against the coronavirus.

At 85 years old, the odds were stacked against him. But he credits his savior, Jesus Christ – as well as doctors and nurses at Brooke Army Medical Center and Post Acute Medical Specialty Hospital – for saving his life and restoring him back to health.

“I feel great,” the retired Army Master Sargeant and photographer said by phone, a few days after being discharged from the hospital. He had just finished breakfast, and needs extra nourishment to rebuild his strength. The fever and the virus took 35 pounds from his body.

Before he got sick, he joked to his wife, Leola, he needed to lose some of his 254 pounds. But the virus was not how Wallace intended to lose it.

The fight for his life started on March 16, the day Leola, who was blind and suffered from dementia, looked listless and came down with a fever. He took her to BAMC, thinking she might have a stomach virus or was suffering from dehydration and needed IV fluids. Doctors, however, took X-rays. She was diagnosed with pneumonia, as well as aspiration from food in her lungs.

“Because of the dementia she couldn’t chew or swallow her food,” their daughter, Zenzi Ferrell-Lewis of Dallas, said. “She began holding food in her mouth which went into her lungs.”

Allee wasn’t feeling well, either. He thought he was coming down with something or was exhausted from providing round-the-clock care for Leola after taking her out of a nursing home several years ago.

“That day I looked like I lost 10 pounds just trying to get her to the hospital, not knowing I was sick with the virus,” Allee said. 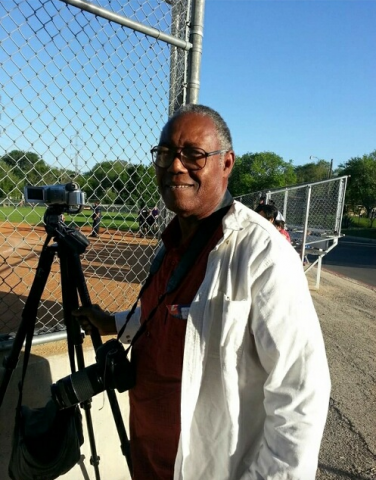 Leola’s prognosis wasn’t good, doctors told Allee. Arrangements would be made to have her transferred to a nursing home for hospice care. Two days later, Allee began to have shortness of breath and a cough, so his daughter took him to the emergency room at BAMC. “He looked worse from when I saw him two days earlier. It really concerned me,” Ferrell-Lewis said.

Because he was experiencing symptoms of the coronavirus, doctors tested him for COVID-19. While awaiting test results, Allee asked if he could see his wife, who was still in a unit upstairs.

“I knocked on the window and called her name,” he said. “She opened her eyes and gave me a smile. That was the last time I saw her.”

As it turns out, Allee tested positive for the coronavirus, and his condition quickly deteriorated. He has absolutely no recollection of the next three days in ICU, as his medical team at BAMC fought to save his life

“I was nervous because of his age and how compromised his lungs had become in just two days,” his daughter said. “They were doing whatever they could to raise his oxygen levels to prevent him from going on a ventilator.”

What Allee clearly does remember during those critical three days, are some songs he wrote, not long before he and Leola became sick. “I’m a songwriter, and I wrote, ‘God has his angels watching over us, day and night, no need to fight, because his angels are watching over us,’” he said.

“Then I wrote another song, ‘Thank you God for saving my soul, you came to save my soul.’ I look back because my daughter was telling me I got deathly sick. I don’t remember those days, but I was in the palm of God while the doctors and nurses were working on my body to get me healthy.”

After a week at BAMC, Allee’s health and breathing began to improve. After a COVID-19 test came back negative, he was transferred to Post Acute Medical Specialty Hospital in the Medical Center to recuperate. Finally, on April 24, after more than a month in the hospital, he was able to go home.

Since then, Allee has been busy, tackling a long list of things to do around the house. But on this Sunday morning, he was happy to reminisce about his life with Leola, his military and civilian career, and growing up in a family of cotton pickers.

Allee was attending Texas Southern University on a dance scholarship, majoring in dance and music education. He started a dance class on campus and Leola was one of his students. “She was my best dance partner,” he recollected. “We danced all over San Antonio doing dance demonstrations like the rumba, fox trot and mambo. I was the Fred Astaire of Houston.”

His college education, however, was cut short when he was drafted into the Army. He was told he would be trained to be a medic and lab technician, as well as a photographer, which he was excited about because he loved taking pictures.

“When I was 8, my mom said, ‘Boy, you’re going to be our family photography.’ She gave me $10 to go to the drugstore and buy a camera,” he said. “I bought a (Kodak) Brownie Starmite. The guy showed me how to look through the lens and take a picture.”

While in the Army, Allee was sent to photography workshops three months out of the year. At one of those workshops in Monterey, Calif., he had an extraordinary encounter with a world-famous photographer.

“We were taking a break, and a guy walked in,” Allee recalled. “He was looking around and when he saw me, he started to walk toward me. I wondered what he wanted. He introduced himself and said his name was Ansel Adams. I didn’t know who he was. He said, ‘I’d like to invite you to Yosemite National Park for a week-long course with my photographers.’”

After Allee retired from the military in 1979, he fulfilled a long-time interest in doing music ministry in jails. He volunteered his musical talents with Prison Fellowship, a Christian nonprofit founded by Chuck Colson, former White House aide to President Richard Nixon, who served time in federal prison on a Watergate conviction. Allee visited units in Huntsville, Three Rivers and others, taking his keyboard with him and singing his heart out to inmates.

“One day, I met Chuck Colson at Castle Hills Baptist Church when he was in town,” Allee recalled. “I told him I was traveling all over Texas prisons doing concerts for his organization.”

His Prison Fellowship work was all voluntary, so Leola suggested he get a job. Allee saw in the paper that UTSA Institute of Texan Cultures was seeking to hire a photographer. He took his portfolio from the Ansel Adams workshop to his interview.

“I was hired on the spot,” he said. “A lot of my images are still on the walls over there.”

Allee was staff photographer for ITC for 16 years until 2005 when Leola was diagnosed with Lewy body dementia, and he chose to devote his time caring for her.

If there was one other thing besides a love of dancing that Leola and Allee shared, she was a country girl, he said, and he was a country boy growing up in Sugar Land, where he vividly remembers his mother teaching him how to pick cotton at age 2.

“My mother carried me on her side because she couldn’t afford a babysitter,” he said. “We’d go up and down the row. She would stop and show me how to pull a little cotton and put it in her sack. Then she got a flour sack and made a handle and put it around my neck. I would put cotton in my little, flour sack. She would put mine on the scale with hers. She would get $2.50 for 100 pounds of cotton.”

Looking back at his near-death experience with the coronavirus, Allee knows how blessed he is to be alive, especially when, “people were dropping like flies” all over the world, he said. And while his lungs struggled to breathe while in ICU, any one of those labored breaths could have been his last.

But Allee was in the palm of God, dreaming of songs and music. 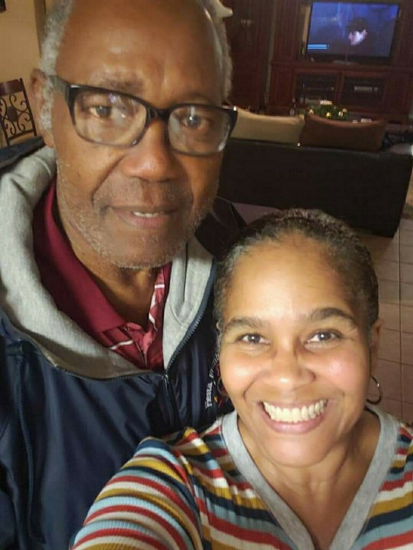