Kathryn O’Rourke received her B.A. in Architecture from Wellesley College and her M.A. and Ph.D. in the History of Art from the University of Pennsylvania. She is a historian of modern architecture whose interests include many subjects in Latin America, the United States, and Europe.

Professor O’Rourke is the author of Modern Architecture in Mexico City: History, Representation, and the Shaping of a Capital (University of Pittsburgh Press, 2016), which received the Alice Davis Hitchcock Award from the Society of Architectural Historians. She has also published essays on Mexican architectural rationalism and public health care reform, Ludwig Mies van der Rohe’s work in Latin America, the art of Diego Rivera, and landscape architecture in Mexico City.

She is currently at work on a book manuscript, Archaism and Humanism in Modern Architecture, and is the editor of O’Neil Ford on Architecture, which will be published by the University of Texas Press in 2019.

Professor O’Rourke’s scholarship has been supported by grants from the Graham Foundation for Advanced Studies in the Fine Arts, the Mellon Foundation, and the American Council of Learned Societies. In 2013 she received the Founders’ Award from the Society of Architectural Historians.

At Trinity, Professor O’Rourke teaches courses on the art and architecture of Latin America and on modern architecture. She also teaches in the Urban Studies program and is affiliated with Trinity’s Mexico-Americas-Spain (MAS) Program. Prior to joining the faculty at Trinity she taught architectural history at Swarthmore College.

In addition to her research and teaching, Professor O’Rourke is the secretary of the Society of Architectural Historians and vice-chair of the State Board of Review of the Texas Historical Commission. She also serves on the Visiting Committee on Latin American Art at the San Antonio Museum of Art. 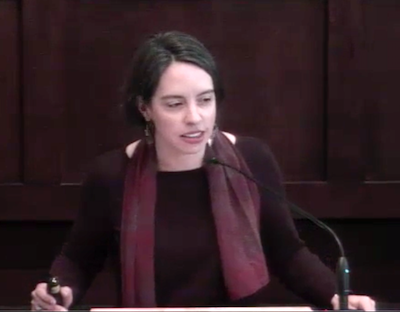