Charlotte-Anne Lucas was selected to lead NOWCastSA in 2009 because of her strong background in journalism, online news technology, community building and innovation.

Under her leadership, NOWCastSA has published more than 10,000 articles, 1,500 videos and webcast live more than 325 civic and cultural events. NOWCastSA’s most popular piece of content is the early voting map that has helped 185,000 individuals find a polling place and vote.

Lucas is on the Advisory Board of the Journalism Studies Department of Texas A&M University San Antonio and is a founding member and officer of the Local Independent Online News publishers, online news leaders who are innovating in business, technology, communication and storytelling, while honoring the rich heritage of local journalism.

Lucas worked for newspapers in Philadelphia, Dallas, Phoenix, San Francisco and San Antonio, and her freelance writing has appeared everywhere from the New York Times to the Auckland, New Zealand Herald. Her journalism has earned dozens of awards, including being named a finalist for the Pulitzer Prize for Public Service journalism.

Lucas went to the Web in 1999, becoming managing editor of the online-only financial news Web site, TheStreet.com. She later became Content Director of MySanAntonio.com, the converged website of the San Antonio Express-News and KENS-5 TV. The website was named The Best in Texas by The Texas APME under her leadership. Both TheStreet.com and MySanAntonio.com became profitable during her tenure.

In 2007 she was a manager for the Knight News Challenge-funded Innovation Incubator project, in which 35 college students at seven universities across the United States collaborated to create new models of participatory community news production.

Her full vitae is on her blog here. 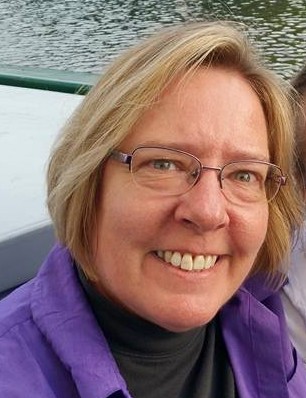