Garrahan grew up in San Antonio. She attended the University of Texas at Austin, emerging with a degree in Radio-Television-Film in 2009. She went on to earn a Master's degree in Creative Documentary Film from the Universitat Autònoma in Barcelona, Spain in 2010. There she worked as an editor and Catalan translator for the Agència Catalana de Notícies, a Barcelona-based news organization. She moved back to San Antonio in search of inspiration for her documentary projects. In her free time, she cooks delicious plant-based meals, enjoys climbing roofs and stargazing and is learning Portuguese. 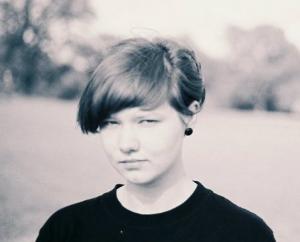