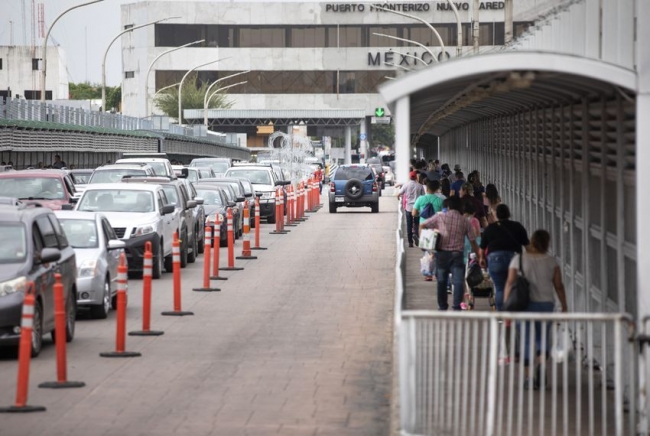 A federal district judge has reissued a nationwide block of a White House rule aimed at denying asylum to immigrants who didn’t first seek refuge apply in another country before reaching the United States.

The rule change was first announced in July as a way to discourage Central American and other immigrants from requesting asylum at the U.S.-Mexico border — it would require immigrants from Guatemala, for example, to seek asylum in Mexico rather than the U.S.. San Francisco-based federal judge Jon Tigar halted the policy soon after it was announced, but a three-judge panel of the Ninth Circuit Court of Appeals later ruled the ban could only take effect in Arizona and California, which allowed the policy to be implemented in Texas and New Mexico.

Monday’s ruling means the ban is now also in effect in Texas and New Mexico.

“The court recognized there is grave danger facing asylum-seekers along the entire stretch of the southern border,” American Civil Liberties Union attorney Lee Gelernt said in a statement Monday.

The plaintiffs — East Bay Sanctuary Covenant, Al Otro Lado, Innovation Law Lab and the Central American Resource Center — had urged Tigar to revisit the issue and in a filing last month, the ACLU argued the partial ban makes little sense because the asylum system is so decentralized.

Tigar said in his Monday ruling that a nationwide block was necessary.

“While nationwide injunctions are not the ‘general rule,’ they are appropriate 'where such breadth [is] necessary to remedy a plaintiff’s harm,' ” he wrote. “This is such a case.”

The United States has a third-country agreement with Canada, which has agreed to accept asylum seekers before they reach the U.S. border. The Trump administration signed a similar deal with Guatemala in July, but that country’s incoming president, Alejandro Giammattei, said the agreement needed to be ratified by both countries’ congresses before it could take effect, Reuters reported.

Immigration attorneys have argued for months that Mexico isn’t a safe third country due to increasing cartel violence. Migrants, specifically those from Central America and Cuba, have said they are easy prey for Mexican criminals when they're forced to seek asylum in Mexico or must wait in that country for a chance to enter the U.S.

Other recent Trump policies have made thousands of immigrants wait across the border for weeks or months; many are waiting to request asylum, while others have made a request and are waiting for their cases to be heard by a U.S. immigration judge.

This article originally appeared in The Texas Tribune at https://www.texastribune.org/2019/09/09/judge-blocks-trumps-third-country-rule-asylum-seekers-border/.