Thanks to the imagination and underwriting of Rackspace Hosting, Luminaria's title sponsor, NOWCastSA streamed two simultaneous webcasts, one from each end of HemisFair Park, broadcasting everything from the spectacular opening ceremonies to the magical and fantasic finale. At each position we used three HD cameras and a TriCaster to produce the shows live. We created a total of more than eight hours of video, all of which is posted here.

Throughout the night, a band of Roving Rackspace Rackers used iPhones to stream live video of events through the night. (Links to their Qik video pages are in the right hand column of this page.)

Please be patient while this page loads five unedited videos, all shot live on Saturday March 12.

Update: According to our analytics, the live webcast was viewed by people in 119 cities in the U.S. and 12 other countries: Canada, New Zealand, Italy, Portugal, the United Kingdom, Germany, Australia, Denmark, Malaysia and Mexico. Nearly 600 individuals  in San Antonio also watched.

First, check out this video taken by Racker Michael Long of the Rackspace Flash Mob that set the tone for the night:

Then enjoy this playlist from the 2011 Luminaria finale:

This video, from the Magik Theatre area, features the splendid opening of Luminaria 2011:

Click through on the photos to your right to get a close-up of the action from a band of Roving Rackspace Rackers as they streamed live video of the extravaganza from their cell phones.

And don't forget that you can always come back and watch all of the archived video at NOWCastSA.com. 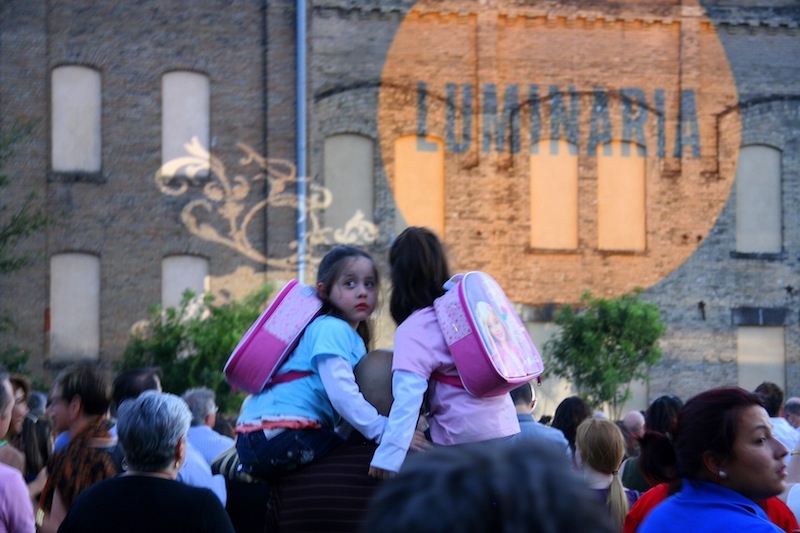