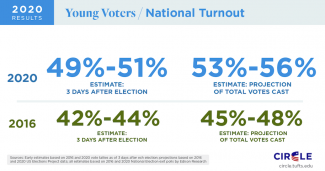 How did the election of 2020 affect issues you care about? We looked at the outcomes and the impact and here’s what we found:

✅ More than 1.36 million young Texans cast their ballots early - that's more than the total number of votes cast by youth in Texas in 2016, according to Tufts University Center for Information and Research on Civic Learning and Engagement. Of all votes cast in Texas during Election 2020, 15% came from young people between 18 and 29 their research found.

✅ A 200% increase in the number of women on Bexar County Commissioners Court with the election of Rebeca Clay-Flores, a Democrat, in Precinct 1, and Trish DeBerry, a Republican, in Precinct 3.

✅ Rebeca Martinez was elected Chief Justice of the 4th Court of Appeals and will preside over the first all-female and majority Latina Texas Appeals Court. The Court, based in San Antonio, is composed of a Chief Justice and six Justices who hear cases from 32 counties in South Texas and the Texas Hill Country. Learn more here.

✅ Yvvonne Rodriguez is the first Latina to be elected Chief Justice of the 8th Court of Appeals. The Court, based in El Paso, is composed of a Chief Justice and two Justices who hear cases from a 17-county area in West Texas. Learn more here.

✅ Darlene Byrne is the first woman to be elected Chief Justice of the 3rd Court of Appeals. The Court, based in Austin, is composed of a Chief Justice and five Justices who hear cases from a 24-county area in Central Texas. Learn more here.

✅ Kathryn Brown, a Democrat, is the first Black woman constable in Bexar County. A veteran of the Bexar County Sheriff’s department who rose to the rank of Sergeant, she was elected as Precinct 4 Bexar County Constable.

❌ Incumbent U.S. Rep. Henry Cuellar, D-Laredo won re-election. He has said he wants expand investment in renewable energies, but he also supports continued investment in oil. In the 2019-20 cycle, his top campaign financier was the oil & gas industry which donated $226,363. Both the Sierra Club and the League of Conservation Voters backed his primary challenger. (Campaign Page) (OpenSecrets)

❌ Incumbent Rep. Chip Roy, a Republican, was re-elected to TX-21. Roy supports increased deregulation and continued investment into gas, oil, and nuclear energies. He has criticized the Green New Deal. The League of Conservation Voters endorsed his opponent.

❌ Edwards Aquifer and San Antonio Parks will lose $158 million over the next 5 years because  2015 voter-approved measures  funding Edwards Acquifer protection and funding Parks Development and Expansion were not renewed on the ballot in 2020, instead were replaced with sales tax-funded propositions for VIA Metropolitan Transit and for Workforce Development. In a nonbinding move, San Antonio City Council promised to invest $100 million from bonds in Edwards Aquifer protection over the next 10 years, but the money will not be earmarked as the sales voter-approved sales tax propositions were. There is no funding for development and expansion of parks.

❌ Incumbent John Cornyn, a Republican, is re-elected to the U.S. Senate. He was one of the Senate Republicans refusing to bring the HEROES Act to a vote in the Senate after it passed the House. The HEROES Act would have provided an additional stimulus check and extended unemployment.

❌ Incumbent Chip Roy, a member of the far-right Freedom Caucus, voted against the HEROES Act and said he supports herd immunity, a controversial theory denounced as dangerous by public health experts.  (House Vote)

✅ Sheriff Javier Salazar, a Democrat, is re-elected Bexar County Sheriff. He has taken stronger stances on combating deportations and against sharing info with ICE than his opponent. (link to video of debate)

✅ Incumbent U.S. Rep. Lloyd Doggett, a Democrat, is re-elected in TX-35, a district that stretches along I-35 from Austin to San Antonio. Doggett follows his district ideology, and  is a member of the left Congressional Progressive Caucus which has called for abolishing ICE. Doggett has been a harsh critic of Trump’s immigration policies.

✅ Incumbent U.S. Rep. Joaquin Castro, a Democrat, is re-elected in TX--20. He supports the need to immediately end the practice of separating families at the border and wants to provide a pathway to citizenship for DREAMERs and those under deferred action programs. (Campaign website)

❌ Incumbent Chip Roy has been an ardent supporter of President Donald Trump and his immigration policies. Roy and other members of the far-right Freedom Caucus in the House support $30 billion for construction of the Border Wall and for greater interior enforcement to stop immigration. (Campaign Website)

✅ Rebeca Martinez, a Democrat, elected Chief Justice of the Texas 4th Court of Appeals, has called for the judiciary to match the diversity and complexion of the communities it serves. “Mandatory judicial education is essential,” she said. “Every judge struggles against admitting to bias, and we are often unwilling to explore and identify our own prejudices from our own life experience. As an institution and individually, we must install strategies to address unconscious biases, provide formal education, promote regular discussions with others and practical training.” (source: LWV Guide)

❌ U.S. Sen. John Cornyn said he does not acknowledge the existence of systemic racism. (link to video) 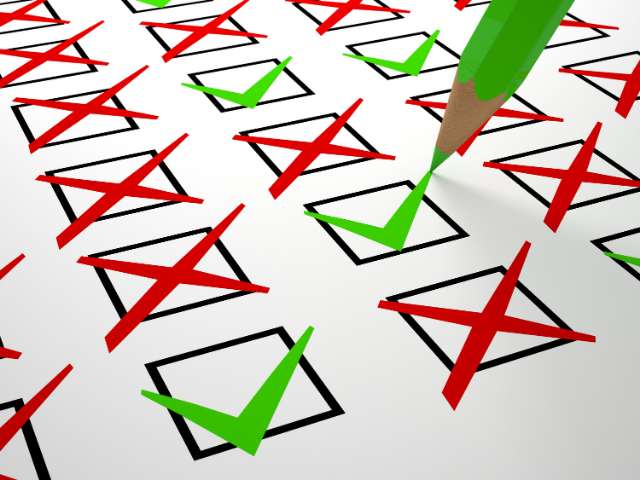