Pop, Beto and the Castro Brothers Speak Out at Voto Latino Rally for Uvalde

On June 4 2022, the #StandWithUvalde event at Travis Park hosted by Voto Latino gathered San Antonio leaders, community members, and speakers in a peaceful demonstration to “turn anger into advocacy”.

“It's going to take a unique American determination to change it”

“These deaths were not caused by God, they are not a natural disaster, they are not the weather passing through over our communities, these are the choices that each and every single one of us have made” 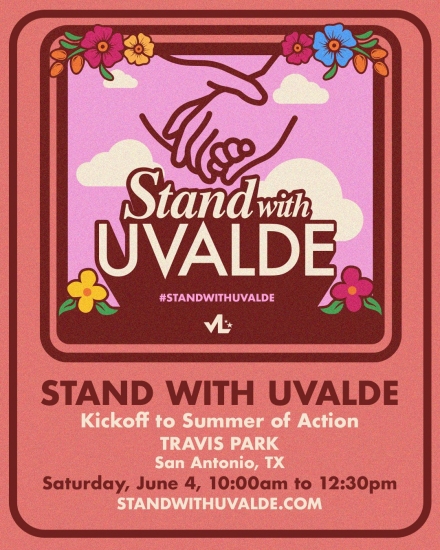