By Alishba Javaid, The Texas Tribune

Bexar County Sheriff Javier Salazar has launched a criminal investigation into Florida Gov. Ron DeSantis flying 48 migrants from San Antonio to Martha’s Vineyard last week. The decision comes on the heels of immigration rights groups and Democrats accusing Republicans of exploiting vulnerable migrants for political points by promising them jobs and housing, only to fly them to an island off the coast of Massachusetts that was not warned people needing help were coming.

Salazar, sheriff for the county where San Antonio is located, said it is too early in the investigation to name suspects or know what laws were broken. But he said he is talking to an attorney representing some of the migrants and trying to figure out what charges should be made and against whom.

“We want to know what was promised to them. What, if anything, did they sign? Did they understand the document that was put in front of them if they signed something? Or was this strictly a predatory measure?” Salazar said.

Last week, DeSantis said the planes were part of his state’s $12 million program to relocate migrants to a “sanctuary destination.” Migrants said a woman going by the name of Perla approached them outside San Antonio’s Migrant Resource Center and promised them jobs and shelter. Some said they were told they were going to Boston. But they arrived in Martha’s Vineyard, where local officials were caught off guard. Migrants are currently being housed at Joint Base Cape Cod in Massachusetts.

DeSantis' communications director, Taryn Fenske, said in a statement that migrants "have been more than willing to leave Bexar County after being abandoned, homeless, and ‘left to fend for themselves.’"

"Florida gave them an opportunity to seek greener pastures in a sanctuary jurisdiction that offered greater resources for them, as we expected," she said.

Republican Texas Gov. Greg Abbott’s office said it was not responsible for the planes, but he has employed a similar strategy, busing migrants to cities run by Democrats to relieve overwhelmed border communities. The moves are meant to call attention to the Biden administration’s immigration policies. Abbott has spent at least $12 million busing migrants to New York City, Chicago and Washington, D.C. Last week, he sent buses to Vice President Kamala Harris’ residence.

Immigrants’ rights groups and Democrats have likened these actions to human trafficking by treating migrants like “human cargo” to score political points.

At a Monday press conference, Salazar blasted the flights from his Texas county to Massachusetts, calling them “an abuse of human rights.”

“What infuriates me most about this case is that here we have 48 people that are already on hard times, they are here legally in our country. At that point, they have every right to be where they are and I believe they were preyed upon,” Salazar said. “Somebody came from out of state, preyed upon these people, lured them with promises of a better life.”

Salazar also said he is working with private attorneys who are representing the migrants flown to Massachusetts, as well as advocacy organizations, regarding this incident.

“I believe there is some criminal activity involved here, but at present, we are trying to keep an open mind and we are going to investigate to find out and to determine what laws were broken if that does turn out to be the case,” Salazar said.

The Texas Tribune Festival is almost here! From Thursday through Saturday, Sept. 22-24, in downtown Austin, TribFest attendees will enjoy three days full of mind-expanding events, conversations and panels featuring more than 350 big names including Chris Bosh, Pete Buttigieg, Liz Cheney, Annette Gordon-Reed and many others. Join us for Texas’ biggest politics and policy event when you buy your tickets today.

This article originally appeared in The Texas Tribune at https://www.texastribune.org/2022/09/19/bexar-county-florida-marthas-vineyard-investigation/. 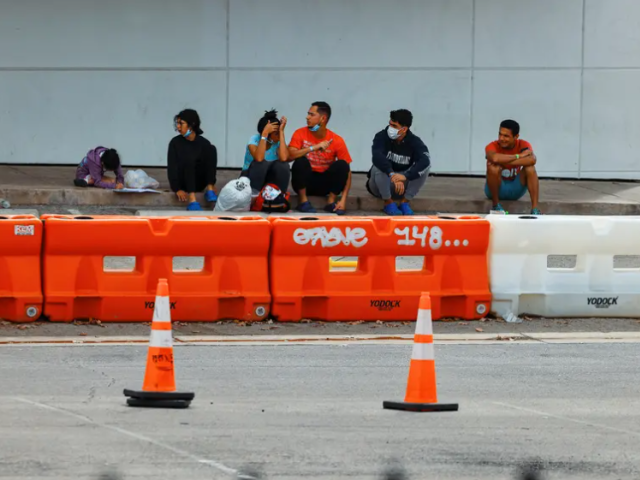