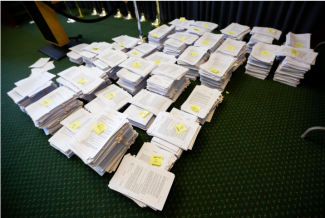 By Cassandra Pollock and Sami Sparber, The Texas Tribune Nov. 9, 2020

The 87th Texas Legislature won’t gavel in until January, but state lawmakers got their first chance to file legislation for what’s expected to be a particularly tough 140-day stretch at the Capitol next year.

By mid-afternoon Monday, Nov. 9, 2020, the first day to pre-file legislation, more than 530 bills had already been filed in the House and Senate. Thousands of bills are expected to be filed throughout the legislative session, though only a fraction of them will make it through both chambers and end up on Gov. Greg Abbott’s desk.

State leaders have already said they expect the upcoming session to be the toughest state lawmakers have seen in years. The state is forecasting billions of dollars in shortfalls to the state budget, which the coronavirus pandemic has fueled. On top of that, lawmakers are set to undergo the once-in-a-decade process of redrawing the state’s political maps.

With fights over voter access and ballot integrity dominating the election offices and courthouse across the state in recent months, lawmakers are also seeking to resolve some of the central issues around how Texans vote with a battery of bills filed in the early hours Monday. Before noon, nearly 30 pieces of elections-related legislation had already been proposed in both chambers.

Mail-in voting and voter registration emerged as two key focal points in bills filed by members of both parties. There was also legislation focused on countywide voting centers, voter identification, access for voters with disabilities, straight-ticket voting and designating any day an election is held statewide, including primaries, as a state holiday.

State Rep. Drew Springer, R-Muenster, filed proposals aimed at curbing the power of the governor's emergency powers, including one that would create an "Emergency Powers Board" to provide oversight during a declared disaster. The state's "Big Three" — the governor, lieutenant governor and speaker of the House — would sit on the board, as would the chairs of the House and Senate State Affairs Committees. Some Republicans have argued Abbott has overstepped his authority as the state has responded to the pandemic.

Filing a bill early typically results in a low number. But the lowest numbers are reserved for the highest priority bills set by the House speaker and lieutenant governor — and sometimes, those pieces of legislation won’t be filed until session is well underway.

A list of notable bills filed from the day, which will be updated regularly:

Karen Brooks Harper and Aliyya Swaby contributed to this report.

This article originally appeared in The Texas Tribune at https://www.texastribune.org/2020/11/09/texas-bill-filing-legislative-session/. 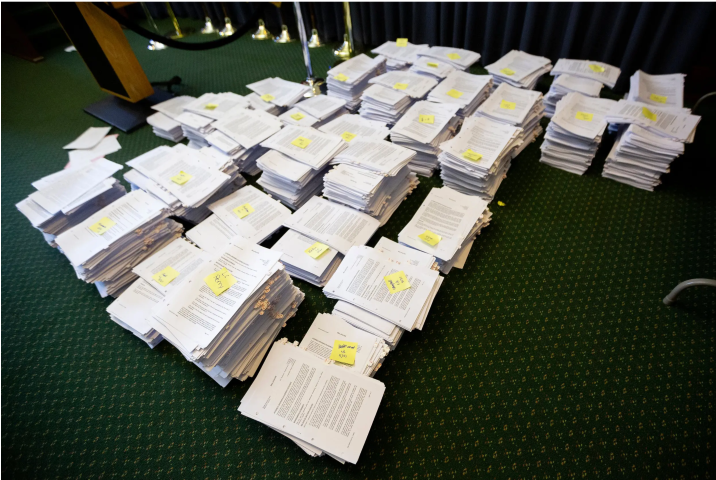