A Celebration of Life ceremony was held for transgender pioneer Linda Phillips on Saturday, Oct. 15, 2016 at the Metropolitan Community Church, 611 East Myrtle. The video from the services can be viewed below:

This is her obituary, written by her wife, Cynthia and her family:

Linda is survived by Cynthia Phillips, her wife of 58 years, loving family members and numerous friends who Linda learned from. In return she mentored, coached and showed them how to live as the person they truly are inside no matter what the rest of the world was telling them.

Her passion as a teacher of old cars, people, life, expert in auto body work and restoration, brought her to the idea she had for a business in the automotive field called, "Jim's New Parts For Old Fords." These early years of her life are chronicled in the book, "Hubcaps For Dinner" by Jim Phillips. Website www.mytoadhallpress.com

When it came to her second love, Linda brought a car back to life like no one else. It was like watching a young couple discovering love. She would stand for what seemed to be hours looking at every curve and angle of the body of the car she was working on; then all of the sudden she would grab her long tail brush and lay down by hand one of the straightest set of hand painted pinstripes you have ever seen. Not many people know, but she named each of the cars she worked on. The amount of love and care she put into some of the cars she resurrected was so deep that she owned some of those same cars several times over.

Linda had a love for Mustangs. Through the years she owned and restored many Shelbys, GT350s, GT500s, down to the standard 1966 convertible. There was a point in time if you went to her farm, where they were for a while after their fire in Dallas in 1976, you would see rows of Mustangs, T-Birds, etc. just waiting for the "Linda Touch."

If you carry forward just one memory about Linda, it would be the following thought: When Linda was growing up it was the 1940s, 195's and 1960s; the world was a very different place. Jim had to hide who he truly was deep inside. He faced alienation, ridicule and even death for who he was inside. In 1995 when Jim legally became Linda, it was like watching a child ride their bike for the first time with no training wheels. Jim didn't die that day nor is that the day Linda was born. You see, until the day Linda left this world she was one of the luckiest people on earth because both Linda and Jim lived inside her and she didn't even have to take medication because of it.

Linda did so much for her Transgender community. She worked tirelessly to educate the world to try to help bring down barriers. Linda worked for years in the here and now but most importantly she also had the foresight to donate all of her writing which are Archived at The University of Texas San Antonio and The University of Michigan. Please remember these works and refer to them often as our movement continues to move forward.

Some of the times Linda cherished the most was sitting at Toad Hall watching the sunset over her panoramic view of the Texas Hill Country with Cynthia and often many of her friends and enjoying a glass of wine. She was a social butterfly who had mastered the art of storytelling. Her stories were as unique as she was.

In the early 1980s Jim made the restoration of his life, and introduced us to Linda. Linda and Cynthia were tireless advocates for transgender rights, who gave so much to the community. They were pioneers of the Transgender movement. She and wife Cynthia did many national television talk shows, and were also known for the largest Transgender event in the world at the time, known as the Texas T-Party, that they ran for ten years in the 1980's and 90's.

From Cynthia: I would now like to say a few words about my Linda. We bonded from the day we met, which was a blind date. I had heard about the fabulous guy from California that my friends said I HAD to meet! When Jim came to my door he reminded me of James Dean. Sweet, handsome, duck-tails and all! Jim was also a hot rodder, and I know he drove his parents crazy growing up!

Before we became engaged he told me about "Linda." He said "I like to wear dresses sometimes." I had never heard of that, but I felt that it couldn't be that big of a deal, as he was such a wonderful and kind person. Boy was I wrong! It became a large part of our lives together. Jim told me before we got married. "You'll never be bored and I will keep you laughing." He also said "This will be quite a ride!" That was a definite understatement.

Linda had a true love for ALL animals. She never killed anything, and often took scorpions, flies, etc. outside wrapped in a towel so they could be released without harm. We have always fed anything that moves! She was a big advocate of neutering/spaying. Linda is being mourned by our three companions, Lulu our Havanese, Bugsy our Persian, and our crazy cat Tootsie.

Linda was, and is, the love of my life. My heart is broken.

I want to thank her brother Laine for writing much of this, my wonderful sister Angela and her amazing husband John; Craig and Sharon, for being with me and holding my hand through the hospital experience plus all the help they have been to me; and our many other dear friends that have been supporting me through this terrible time. 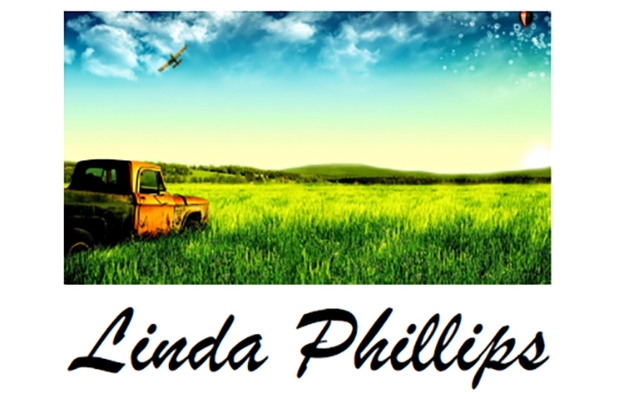