Coronavirus Behind Bars: Another Cruel Attack Against People of Color

Given the seriousness of the virus, most of us have opted to social distance since March. But 2.5 million children and adults don't have a choice. They’re locked up; stuck behind walls. And most are not the kind of thugs portrayed in the movies. The lion’s share is imprisoned for drug offenses. More than half of those in our jails are awaiting trials. And of course, there are plenty who have done nothing illegal.

But the why shouldn’t matter. They are all human, overwhelmingly people of color, cramped inside correctional and detention facilities with no place to hide, retreat, or get away.

As of Aug. 13, COVID-19 had struck almost 20 percent of those being held in detention centers.  ICE reports 4,531 covid-19 positives in facilities across the country, 1,673 in Texas. Of those, 629 correlate to the San Antonio Field Office, 155 just at the Pearsall ICE Processing Center.

While the general public imagines most of the immigrants in detention centers are from Mexico and Central America, that’s not the case. According to San Antonio-based Refugee and Immigrant Center for Education and Legal Services, better known as RAICES, the scales turn unfavorably against Black detainees.

Immigrant detention is a horrible, dehumanizing experience for everyone. But ICE makes it even worse for Black immigrants, according to Black Immigrant Lives Are Under Attack, a report by RAICES.

“The U.S. has consistently detained more Haitian families in 2020 than any other nationality," the report said. During the last few months, “almost half of the families currently locked up by ICE are Haitian. Every single aspect of the immigration system is nasty, but the U.S. makes it especially nasty if you’re Black.”

Black immigrants are also about three times more likely to be deported than non-blacks. RAICES has assisted hundreds with free legal counsel and bond payments. But according to the non-profit’s statistics, there’s no even playing field. Between 2018 and 2020, “bonds paid for Haitian immigrants by RAICES averaged $16,700, 54 percent higher than for other immigrants.”

Systemic injustices have long been a part of our “justice” system. Persons of color, especially Blacks, far outnumber their White counterparts. The incarceration rate is not always based on people being innocent until proven guilty, or justice for all.  The NAACP gives an example. A scant “five percent of illicit drug users are African American, yet African Americans represent 29 percent of those arrested and 33 percent of those incarcerated for drug offenses.”

And so, coronavirus is warring with people of color behind bars. An astounding two out of every three men at San Quentin, most of whom are Black or Latino, are COVID-19 positive. As of August 13, 2,233 of the high-security state prison inmates were infected, and 25 died. To top it off, the facility was at 102 percent occupancy.

Those who are “locked up,” for whatever reason, are mostly nameless and faceless neighbors thanks to the NIMBY mentality.

Jai Uttal recognizes the guys at his neighboring prison's names and faces, as well as their melodious voices and tender souls. He’s been singing to, and with, the inmates for 11 years. That’s why the Grammy-nominated kirtan artist released “Behind the Walls.”

“I saw that these men, who at first seemed so hard, were melting and smiling and singing and expressing so much emotion.” We are all human and deserving of dignity. “Hard men shed tears,” he sings, in his new release on YouTube:

Jai admits that going through the rigid security checks and passing the many bars, fences, and gates at a high-security state prison can be intimidating.

“But, once inside, in the sanctuary of their small chapel, with a room full of enthusiastic men, that trepidation completely disappears. Of course, it took me a while to find my way to be authentic and real with the men; to not see them as ‘other.’ Once that happened, I found a community of brothers there who were so incredibly committed to their spiritual practices and to finding inner freedom within the confines of their incarceration. Their dedication and deep spiritual longing were completely inspiring to me.”

Unfortunately, our rehabilitative systems for the incarcerated are not very effective as evidenced by the high recidivism rates. Someone doesn’t just land in prison as a fluke. There’s a lack of legal representation. There's racial profiling like the case of George Floyd, to whom Jai has dedicated a song. Then, there are repeated hardships and traumas. Yet the level of therapy for the incarcerated is pretty much nil.

That’s where Jai and his music come in.

Music is therapy. Viana Vallejo is a bilingual clinical therapist from San Antonio, experienced in a variety of treatment modalities such as dialectical behavioral therapy (DBT), cognitive-behavioral therapy (CBT), psychodynamic therapy, and EMDR. To a large extent, her clients are victims of trauma.

“Music and movement regulate the central nervous system, and when done with others builds connection, and helps counteract trauma.”

Jai first started singing to the incarcerated in 1973. He was touring with the former Harvard-psychology-professor-turned-spiritual-guru, Ram Dass.

“I went again and again with a small group of musicians and, after a while, I saw that these men, who at first seemed so hard, were melting and smiling and singing and expressing so much emotion … a man came up to me and said, “This is the REAL San Quentin.’”

“The devastation that’s occurring because of the virus in so many penitentiaries has just been a footnote in the national news. San Quentin was pretty much infection-free until an incomprehensible decision by the prison board transported a busload of men from a prison in Chino, California, to San Quentin, in Marin County, California. Many of the transportees carried the virus, some already showing severe symptoms. With almost no medical facilities or possibilities for quarantine, the virus spread like a wildfire and began to decimate the San Quentin population.”

Find out what’s going on behind the walls. Recognize that even hard men shed tears.

Donate to RAICES, one of the country’s best advocates for those held in detention centers, or the NAACP. 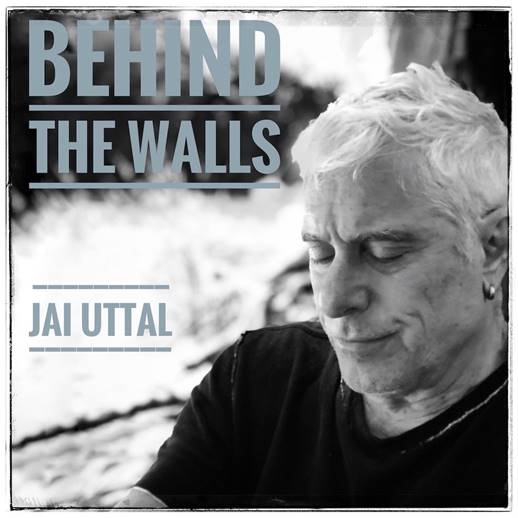