After seven meetings that were supposed to engage residents to discuss and ask questions about the 2017 Bond Project plans, residents say they still feel like they haven’t been heard as the City of San Antonio pushes ahead to remove 77 historic trees in Brackenridge Park.

Advocates say that they don’t care about the history of Lambert Beach (a place that has a segregated past) because they don’t want to preserve that part of the park’s history. Indigenous people of Yanaguana consider Brackenridge as a sacred site where the birds play an important role in their culture.

Climate and bird activists say the trees are important for keeping the area cool while absorbing carbon, tackling the issue of extreme heat, and the demolition of trees would affect the conservation of migratory birds.

Time for public information and comment is not over yet since the city must go through a series of meetings and permits before construction can begin. The city must meet with Indigenous tribes, seek a review from the Texas Historical Commission, obtain a United States Army Corps of Engineers (USACE) permit, and finally meet with and get approval from the Historical Design and Review Commission.

Plans developed by the San Antonio’s Parks and Recreation Department and Public Works Department call for chopping down heritage trees at Brackenridge Park, which are not only historic and important to the community, but to heronries as well.

According to Nuisance Heronries by Texas Parks and Wildlife (TPWD), a heronry is the “nesting areas of herons, egrets, and other associated colonial nesting water-birds.”

"What they are doing is turning lethal," says Alesia Garlock, wildlife photographer. "Because if those babies don't have a parent on that nest they die."

This is happening now.

Nesting seasons for these birds can range from early March through early August, but from the video above, city workers were disturbing the nests in May.

Although using scaring devices is recommended by TPWD, this tactic should be used before the birds begin nesting to prevent an establishment of a heronry. Early detection is essential because disturbing the nest could cause “premature nest abandonment by the young, and subsequent death of young, especially during hot weather...”

Even after breeding season, the nesting areas that remain are still under federal protection. In order to remove the birds, federal permits and procedures are required.

This would allow the city to use lethal measures, if necessary, just as it did to the birds at Elmendorf Lake in 2019.

However, TPWD states that public awareness is essential to prevent nuisance heronries, meaning that the community has the power to say what the fate of the birds are: “in towns and cities where heronries have existed… the community can develop a contingency plan in anticipation of action to be taken should the need arise. Interagency cooperation and neighborhood involvement is vital for successful detection and dispersal of offending birds.”

But community environmental advocates say the city refuses to listen as it pushes plans of tree removal forward, disregarding the notion that San Antonio was named a Bird City Texas Certified Community in 2021.

Moreover, many advocates questioned why they have faced so much pushback from the city after valiantly fighting to save the trees. Their conclusion is that no one representing the project looks like those who are advocates; city officials are not representative of community values. 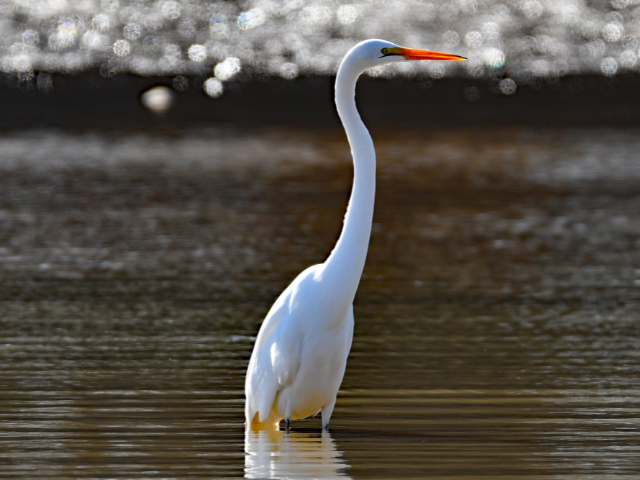