Compiled by the staff of the Corporate Responsibility office of the Benedictine Sisters, Boerne,Texas

Number Of Migrants Crossing Border Is Dropping, In Part Due To U.S. Agents Helping Nab Human Smugglers In Central America

Smuggling Migrants At The Border Now A Billion-Dollar Business

By Devan Markham and Nexstar Media Wire, The Hill, August 2, 2022

“This Is Horrific,” New York City Mayor Says Of Greg Abbott’s Policy As Second Busload Of Migrants From Texas Arrives

Texas Gov. Abbott Sent More Than 5,100 Migrants To Washington. Now, DC Mayor Says Her City Is At A 'Tipping Point'

Abbott's Border Buses Cost $1,400+ Per Rider, Taxpayers Could Be Stuck With Bills

What Is DACA? Who Are The Dreamers? Qualifications, Path To Citizenship, Explained.

In the coming weeks a decision from a panel of federal judges in New Orleans is anticipated, determining whether the DACA program will continue on.

Gov. Abbott Is Helping Migrants Stay In U.S. By Busing Them To NY 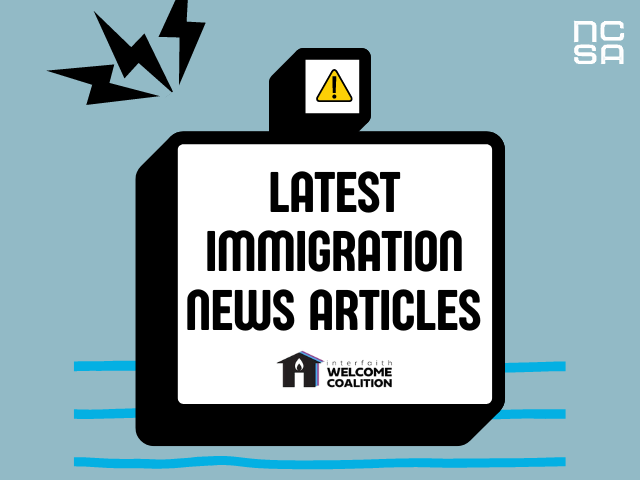