Progressive candidate Jessica Cisneros announced Monday she will request a recount in the hard-fought Democratic primary runoff against U.S. Rep. Henry Cuellar, D-Laredo, after she finished 281 votes behind him.

Another Democrat in a key South Texas congressional race, Ruben Ramirez, also said Monday he will ask for a recount. He finished 30 votes behind Michelle Vallejo for the open seat in the 15th District.

“Our community isn’t done fighting, we are filing for a recount,” Cisneros said in a statement. “With just under 0.6 percent of the vote symbolizing such stark differences for the future in South Texas, I owe it to our community to see this through to the end.”

Cuellar has already declared victory twice. He first did on election night, which he emerged from with a 177-vote lead. And then he did it again after counties finished canvassing their results last week, giving him the 281-vote lead.

Cuellar characterized Cisneros' efforts as a waste of time.

Vallejo, who emerged from election night with a 23-vote lead, already declared victory last week as counties were tallying their final ballots, padding her margin.

The recounts mean it will be at least weeks before an undisputed winner emerges in each runoff. Any runoff candidate can request a recount as long as their margin is less than 10% of the number of votes received by their opponent. The deadline to request a recount is 5 p.m. Wednesday.

The runoff between the moderate Cuellar and progressive Cisneros had been dramatic for months. It was shaken up in the runoff when Politico published a draft opinion of U.S. Supreme Court ruling that would overturn Roe v. Wade, drawing attention to Cuellar’s status as one of the few remaining Democrats in Congress who oppose abortion.

The Ramirez-Vallejo matchup had been closely watched because the two are vying to be the Democratic nominee in what is expected to be the most competitive congressional race this fall in Texas. Ramirez ran as a moderate and Vallejo as a progressive. Republicans already picked their nominee, Monica De La Cruz, in the March primary.

The seat is open after its incumbent, U.S. Rep. Vicente Gonzalez, D-McAllen, chose to run for reelection in a neighboring district due to redistricting.

Join us Sept. 22-24 in person in downtown Austin for The Texas Tribune Festival and experience 100+ conversation events featuring big names you know and others you should from the worlds of politics, public policy, the media and tech — all curated by The Texas Tribune’s award-winning journalists. Buy tickets.

This article originally appeared in The Texas Tribune at https://www.texastribune.org/2022/06/06/jessica-cisneros-ruben-ramirez-henry-cuellar-texas-recount/. 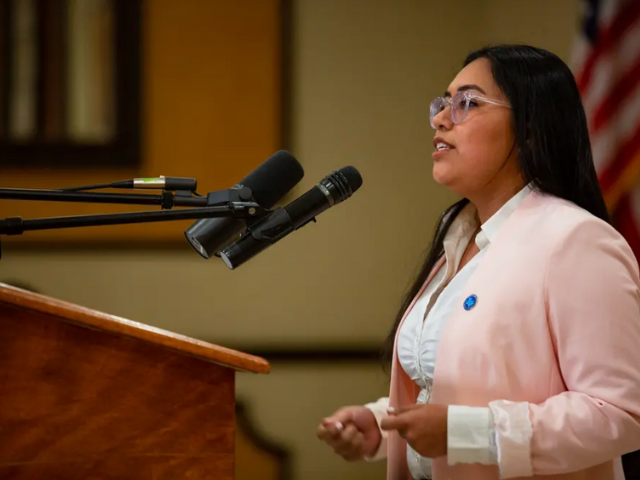