If nearly 50,000 more Texas students had an opportunity to go to college, most would agree that this would be good for our state. This has occurred in Texas this past decade because of the nearly unanimous bipartisan support and passage of House Bill 1403 (the Texas Dream Act) signed by Governor Rick Perry in 2001.

This monumental legislation acknowledged certain students' immigration difficulties and circumstance, and permitted these same students to pay in-state tuition versus international rates for college if they met the following criteria: graduated from a Texas high school; have been in Texas at least three years; and they had to commit to legitimizing their immigration status.

Lawmakers, educators, business leaders, the clergy and community leaders quickly understood that this was a public policy approach that removed barriers to higher education for students who were in every way Texan except for where they were born.

As the author of this measure, I had the support of so many because this law was a direct response to a Texas Higher Education Coordinating Board report titled "Closing the Gap." This report sounded the urgent alarm that Texas had to significantly increase its number of college participants and graduates in the face of a rapidly changing state and a growing demand for educated workers. (Closing the Gap and progress reports)

Back then and now, Texans acknowledged that the federal immigration system was broken but action on a variety of policy fronts was needed. We understood that Texas was protecting our K-12 investment in these children by removing obstacles to their college dreams, and to help them reach their full potential was not just good for them, it was good for Texas. (Texas Dream Act fact sheet)

So when Rosendo Ticas, a Salvadoran student who matriculated through our education system and who aspired to be an aviation mechanic, brought this issue to my attention, we went to work.

Texas can proudly boast that it led the nation as the first state to pass such a law, (bill history here)  and now 18 states have followed Texas' lead. So why do some Texas lawmakers want to repeal a law that works? What has changed these past 14 years?

We knew back then and now that most kids are brought to Texas by their parents and are in our public schools. They are taught that if they work hard, study hard and perform, then they can achieve their dreams in this great country.

For these kids to be educated and prepared, as we continue to wait for comprehensive immigration reform, is the right answer. It seems unconscionable to slam the door on these students' future by making college cost-prohibitive.

These students who qualify and are admitted to universities have to pay like everyone else. If they were to be charged out-of-state tuition or international rates, which are often four times more than the amount of in-state tuition, then they would more likely not attend school and thus become a burden on our economy and communities.

By any empirical and rational measure of public policy outcomes, the Texas Dream Act has been an enormous success and benefit to our state and country.

According to recent data from the Texas Higher Education Coordinating Board, these same students have higher-than-average graduation rates when given the opportunity to attend college. Many of these Texas students have already fixed their immigration status and have gone on to professional careers as engineers and teachers, versus working as domestic help or as laborers.

Today, they are homeowners and professionals contributing to Texas in a robust way. As Ticas, now a U.S. citizen and aviation mechanic told me, "I pay too much in taxes." Clearly, he is a bona fide Texan.

Recent political demands to repeal this highly successful law are irrational and illogical in any debatable context. The business community maintains that it makes economic sense to continue to build our work force and to keep the Texas Dream Act. Educators and the community understand the need to be true to our values that teach and instill hope in our kids. The faith-based community says it is the morally right thing to do.

I would challenge every Texan who does not know one of these students to meet one and see the promise and hope we have instilled in them with the Texas Dream Act.

Noriega, a Democrat, served in the Texas House of Representatives from 1998 to 2009. He is President and CEO of AVANCE, Inc.

Click here for more NOWCastSA coverage of DREAMers and the Dream Act. 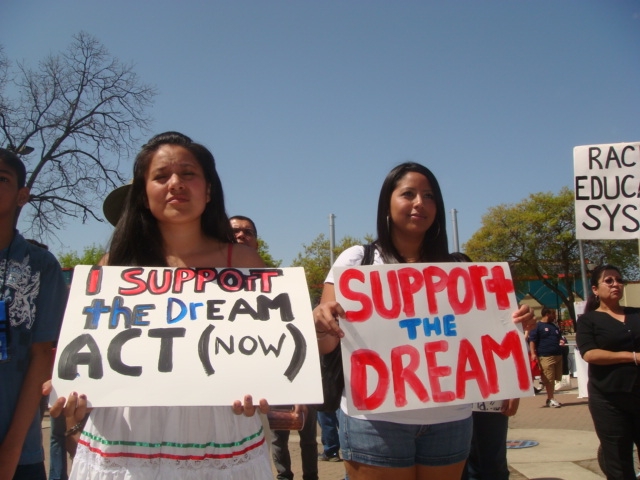