The San Antonio City Council voted to protect those who receive and provide abortions from legal jeopardy and to support access to reproductive healthcare.

Cities have limited power on the issue of abortion, but by a  9-2 vote in an Aug.2  special meeting, the San Antonio City Council became the second in Texas to push back against the state’s near-total ban on abortion.

The resolution was authored by District 5 Councilwoman Teri Castillo who followed Austin’s “Guarding the Right to Abortion Care for Everyone,” or GRACE Act, which decriminalized abortion in defiance of state law.  “Abortion is and will never stop being healthcare,” said Castillo before the vote. “Everyone deserves access to a safe abortion and other reproductive healthcare.” (video on her Twitter here: https://twitter.com/TeriCastilloD5/status/1554617247498473474?s=20&t=qPi6SFg4_qHcAIGJYGRuVg)

I want to open by saying that abortion is and will never stop being healthcare. Everyone deserves access to a safe abortion and other reproductive healthcare. pic.twitter.com/nR6nzV42ls

The resolution says city funds or data will not be used to sell out persons seeking a safe abortion and promises that the city will prioritize the protection of reproductive rights in the city’s legislative agenda for the upcoming state legislative session.

Many residents showed up to make passionate comments before the city council. Several instances drew heated outbursts among the audience, causing Mayor Ron Nirenberg to eventually call for recess during the meeting.

Manny Pelaez of District 8 and Clayton Perry of District 10 were the only two voting against the resolution. “This council resolution doesn’t change the law in Texas and we don’t have that legal authority to act on it,” said Perry. “I don’t support allowing the [District Attorney] or the Sheriff in having a free pass to not uphold their office.”

Pelaez said that his concern with the resolution is the implication that San Antonio will be a safer place for people seeking abortions. “I want an ordinance that makes it obligatory for us to not spend money on this kind of cruelty,” said Pelaez. He ultimately votes against the resolution because his demand is not achievable and says that residents “deserve better.”

Today the council will consider a resolution that supports a person’s right to have an abortion. Follow this thread for updates. @TPRNews pic.twitter.com/CDPHAvQWi6 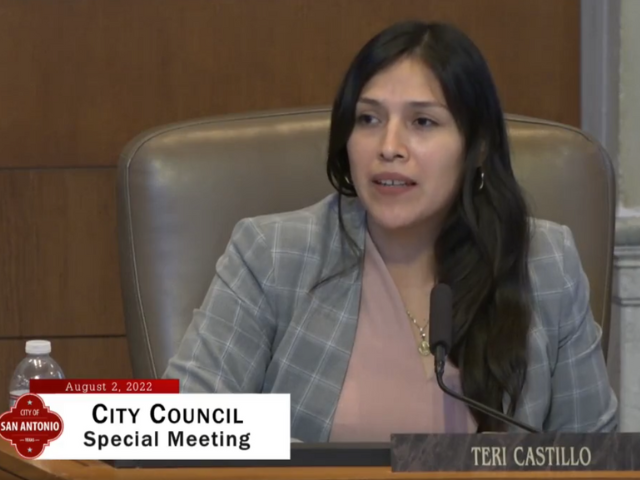