Spurs Coach Gregg Popovich in Pro-Biden Ad: "I Stand for Truth Over Lies"

San Antoniop Spurs Coach Gregg Popovich, an outspoken advocate for social justice and a critic of the Trump administration, made a pro-Biden video ad that aired on social media five days before the Nov. 3 election.

The ad was published under the banner of the Lincoln Project, apolitical action committee formed by a number of former Republicans to defeat Trump in the 2020 election.

"I stand for truth over lies." Greg Popovich pic.twitter.com/fZPXruWN2o 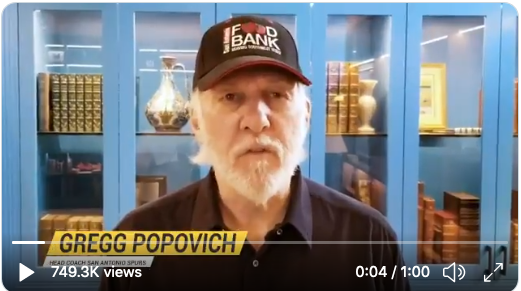