How Discount Drinks, COVID and Younger Customers Made the St. Mary’s Strip a Bad Neighbor

Many people were confused when barricades went up near the St. Mary’s Strip from March 31 through April 3. The move to put a protective barrier around the nearby neighborhood came after residents complained about violence and vandalism by bar customers who trashed their properties.

While people may assume the conflict is about noise, recent Town Hall meetings show that the issue is more complicated. Residents are also complaining about violence, parking, drunks, and disrespect.

At the Tobin Hill Town hall on March 3, 2022 (watch the meeting here), residents and local leaders discussed problems and solutions to the negative activity and violence coming from North St. Mary’s Strip area. Texas State Representative Diego Bernal was the moderator for the meeting.

Many solutions surfaced, but the catch is whether there are enough resources to implement these solutions, while also accounting for the time it will take to have an effect.

Residents said they would feel safer with more police presence in the neighborhood. However, San Antonio Police Chief William McManus says he does not have enough officers to meet those requests.

Towing the vehicles did not change the disrespectful parking behavior, and residents say they would prefer limited parking for patrons. Bar owners said they are on board with the idea because parking would not affect business.

District 1 Councilman Mario Bravo brought up a parking study that seeks to improve the parking crisis in the residential area. He explained that he is working with the city to implement a solution as soon as possible.

Brass Monkey owner Mark Manuelle said there are “good operators” and “bad operators” on the strip. He said nightclubs are required to have a permit and that some restaurant owners are seemingly trying to be a nightclub by having a DJ and a bar inside without obtaining the permit, thus creating issues.

He said his bar has seen an influx of 21-year-old to 31-year-old customers. Before the pandemic, that age group comprised 40% of customers at Brass Monkey, but customers that age increased to 90% of his clientele after reopening. The demographic change is most likely exacerbating the problems.

Some bars offer extremely low-priced drink specials, which encourages drunkenness and unruly behaviors.  “To me, no drinks under $3 on weekends is weak,” one resident complained. “We should at least be at $5.”

A second town hall meeting was held on March 17, 2022 with the bar owners talking with residents (watch here).

Chief McManus came with three proposals (view proposals here) and said the first two are likely not sustainable from a financial perspective. McManus also said the police department would implement the option  involving barricades option 3 on March 31 through April 3 which entails 18 barricades and 7 officers to control access to the neighborhoods.

Of the bar owners, 16 out of 19 have talked with the Tobin Hill Community Association President Parker Dixon. He said that “they do not make themselves available.”

The bar owners on the agreement are willing to comply with these terms:

The bar owners are also committed to following at their own cost:

An unnamed speaker from the church said they are working on creating 60 parking spots for the public across the street as quickly as possible, hopefully within 90 days. They are still researching whether the church will be able to provide it or not.

“If someone says the problem is so and so or whatever the place is, then you get out there and take pictures of that place and call TABC on them. Give them a hard time,``he added.

“If they’re not cooperating with these [bar owners], then you deal with the three idiots,” he said referring to the bars that did not sign the agreement. “Not the 16 people that are trying to help make it happen.” 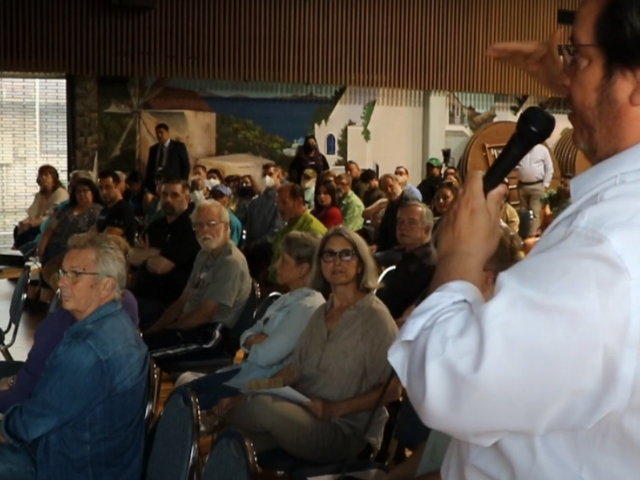