By Abby Livingston and Isabella Zou, The Texas Tribune

A promotional event for a book examining the role slavery played leading up to the Battle of the Alamo that was scheduled at the Bullock Texas State History Museum on July 1 was abruptly canceled three and a half hours before it was scheduled to begin.

Authors of the book, titled “Forget the Alamo,” and the publisher, Penguin Press, say the cancellation of the event, which had 300 RSVPs, amounts to censorship from Republican elected leaders and an overreaction to the book’s examination of racism in Texas history.

“The Bullock was receiving increased pressure on social media about hosting the event, as well as to the museum’s board of directors (Gov Abbott being one of them) and decided to pull out as a co-host all together,” Penguin Press said in an email to the authors.

Gov. Greg Abbott and the museum have not responded to the Tribune’s requests for comment. But Lt. Gov. Dan Patrick confirmed he called for the event to be canceled. Abbott, Patrick and other GOP leaders are board members of the State Preservation Board, which oversees the Bullock museum.

“As a member of the Preservation Board, I told staff to cancel this event as soon as I found out about it,” he wrote on Twitter.” This fact-free rewriting of TX history has no place @BullockMuseum.”

Chris Tomlinson, one of the book’s three authors, shot back on Twitter.

“Lt. Gov, Dan Patrick takes credit for oppressing free speech and policing thought in Texas,” he wrote. “@BullockMuseum proves it is a propaganda outlet. As for his fact-free comment, well, a dozen people professional historians disagree.”

The museum's director responded to the firestorm in a statement Friday afternoon, but did not provide an explanation for why the event was canceled.

The cancellation comes amid a statewide and national firestorm surrounding critical race theory and how citizens should understand, teach and learn how racism has shaped American history. Abbott and other GOP state officials have pushed back against emphasizing the role of race in schools.

At issue is the book’s challenge of traditional historical tenets surrounding the Battle for the Alamo, Texas’ independence from Mexico and its origins related to preserving slavery.

“Just as the site of the Alamo was left in ruins for decades, its story was forgotten and twisted over time, with the contributions of Tejanos–Texans of Mexican origin, who fought alongside the Anglo rebels–scrubbed from the record, and the origin of the conflict over Mexico’s push to abolish slavery papered over,” reads a description of the book by its publisher. “As uncomfortable as it may be to hear for some, celebrating the Alamo has long had an echo of celebrating whiteness.”

The book, written by Bryan Burrough, Jason Stanford and Tomlinson, also raises questions about the wisdom of the military strategy of the Texans continuing with the early 1836 siege, and the backgrounds of the leaders of the Alamo — James Bowie and William B. Travis — while examining the building’s place in politics and history after Texas independence.

“If the state history museum isn’t the right place to talk about state history, then I don’t know what to do,” Stanford said in an interview.

The book received mostly positive reviews, including from The Wall Street Journal and The Washington Post, with a consensus that it builds on widely accepted academic research.

Last month, lawmakers passed a bill that restricts how teachers can discuss current events in the classroom and limits how they can discuss the role of race in America’s history and present.

Abbott said later that “more must be done” to “abolish critical race theory in Texas” and said he would ask the Legislature to address the issue further during the special legislative session beginning July 8.

Lawmakers also created the “1836 Project,” establishing an advisory committee meant to promote a “patriotic education” to the state’s residents. Lawmakers positioned the project in opposition to efforts like The New York Times’ “1619 Project,” which examines the role of slavery in U.S. history, and instead promised to affirm the state’s exceptionalism.

Stanford called the cancellation “the first test case of the 1836 Project” and what the state means by a “patriotic education.”

“They’re insisting so vehemently on a version of the past that never existed,” he said.

He said that conservative critics of the book accuse it of unfairly “trying to put slavery at the center of everything,” when the goal is to recognize the truth of what has happened in the past — including slavery, the cause that “no one ever wants to talk about.”

“There’s no reason conservatives can’t accept the past with open arms and say, that’s where we started, here’s where we’re going,” he said. “There’s no reason they can’t tell the story of Texas as a redemption story, and that we’re still an imperfect union ever becoming more perfect.”

Former Land Commissioner Jerry Patterson said he has doubts about several claims the authors make. The Texas General Land Office that he once ran has jurisdiction over the Alamo site in San Antonio.

But instead of supporting the event’s cancellation, Patterson said he was looking forward to the authors facing tough questions about their sourcing and accuracy.

“It would have been better if they had been asked hard, specific questions and been forced to answer them. And in that case, they should have been allowed to be at the Bullock,” Patterson said.

Land commissioner George P. Bush, who oversees the Alamo, responded to the book on Fox News last week and said that "woke culture has arrived to the shores of Texas."

"I stand with Alamo descendants," he said. "I stand with other Texans that believe that the revolutionaries fought and gave that last ultimate measure on the grounds of the Alamo for the idea of liberty — to liberate the republic of Texas from a fierce and vicious tyranny in the government of Mexico."

Disclosure: The Bullock Texas State History Museum, the State Preservation Board and The New York Times have been financial supporters of The Texas Tribune, a nonprofit, nonpartisan news organization that is funded in part by donations from members, foundations and corporate sponsors. Financial supporters play no role in the Tribune’s journalism. Find a complete list of them here.

This article originally appeared in The Texas Tribune at https://www.texastribune.org/2021/07/01/texas-forget-the-alamo-book-event-canceled/. Photo by Jordan Vonderhaar for The Texas Tribune. 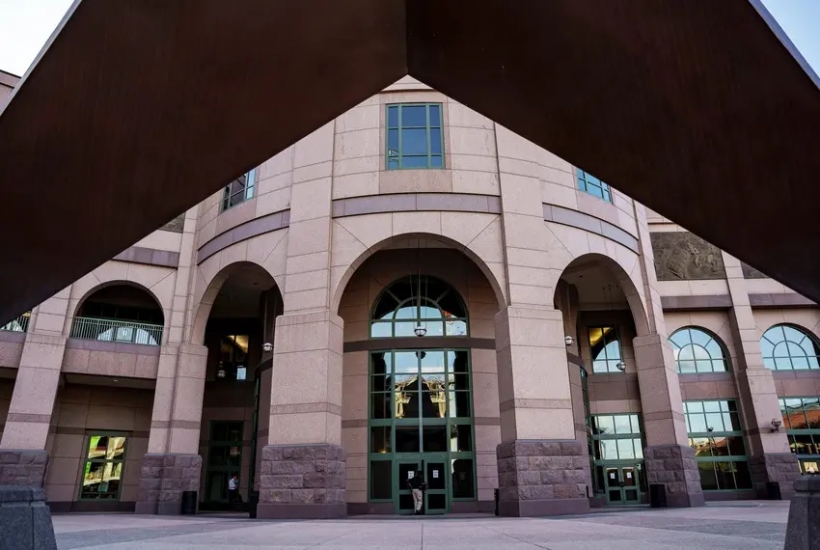