More than 115 students from five different classrooms had the opportunity to test-drive NOWCastSA's new media technology during Career Day at Wheatley Middle School.

The day-long event on May 10, 2013 was designed to encourage students to explore a variety of careers and college possiblities.

NOWCastSA, a nonprofit public media organization, brought the equipment we use to webcast civic events.
NOWCastSA Video Journalist and Tech Ninja Clayton Price, along with NOWCastSA Video-ologist and Tyrannosaurus Tech Kris Serold, described what NOWCastSA does, and demonstrated the equipment.

Then the students tried their hand at camera switching and special graphics effects inside our NewTek Tricaster Sudio, doing some videography with NOWCastSA's HD video cameras, and interviewing each other.

Here are some highlights from video we captured during the event: 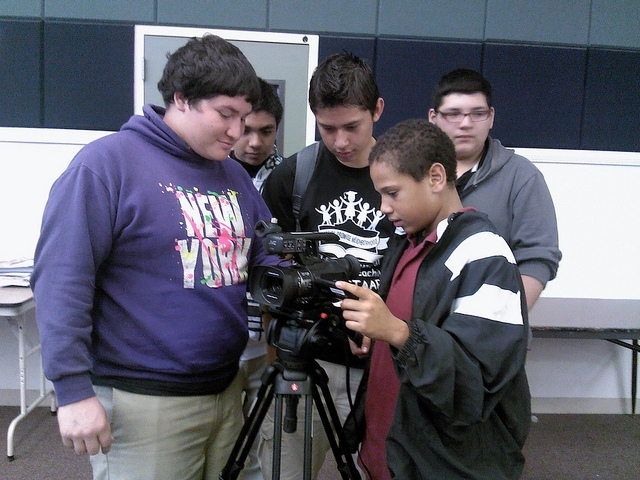