By James Barragán and Zach Despart, The Texas Tribune

After the Uvalde school shooting that left 21 people dead, Texas Democrats are once again urging state leaders to enact gun control measures to help prevent similar tragedies in the future.

Democratic gubernatorial candidate Beto O’Rourke confronted state leaders last week during a news conference, telling his Republican opponent, Gov. Greg Abbott, he was “doing nothing” and saying the mass shooting was “totally predictable.” The party’s candidate for lieutenant governor, Mike Collier, has blamed Lt. Gov. Dan Patrick for loosening gun laws in the state instead of tightening them after previous mass shootings. And on Saturday, Texas Senate Democrats sent a letter to the governor demanding a special session to pass gun control legislation.

“‘Thoughts and prayers’ are not enough,” 13 Democrats wrote in the letter.” We need evidence-based, common sense gun safety laws.”

The question moving forward is whether Democrats, outnumbered in the Texas Legislature for two decades, will be able to put enough pressure on lawmakers to move on a previously intractable issue in gun-friendly Texas and that Republicans, who support looser gun laws, will fight tooth and nail.

Mark Owens, a political scientist at the University of Texas at Tyler who conducts regular polling on state politics, said there is an opportunity for Democrats because Texans have been dissatisfied with the state’s response to previous mass shootings. Last April, 59% of Texans surveyed in a poll by the university and The Dallas Morning News said they disagreed that elected officials were doing enough to prevent mass shootings. Only 21% of respondents agreed.

“The public wants to see this issue continue to be looked at based on the evidence that they were dissatisfied in the last legislative session,” Owens said.

Texas Democrats have so far laid out a broad range of proposals in response to the shooting.

O’Rourke, the state’s most high-profile Democrat, is inching back toward the call to ban assault rifles that he became known for after the El Paso mass shooting in 2019 during his presidential run.

At the time, he called for a mandatory assault rifle buy-back program, but he’s been less vocal about such bans during his run for governor.

This week, however, he lamented to reporters that it was “insane that we allow an 18-year-old to go in and buy an AR-15.”

He also tweaked language on his campaign website this week that previously said, “We need to reduce the number” of assault rifles on the streets. Now it more firmly says “I don’t believe any civilian should own an AR-15 or AK-47.”

On Friday, O’Rourke’s campaign released a nearly two-minute online ad blasting Abbott for signing a bill that would allow Texans to carry a handgun without a license or training in last year’s legislative session, which followed mass shootings in El Paso and Odessa in 2019.

The ad includes footage of two police chiefs speaking against the proposal and saying it would make the jobs of their officers more difficult.

The letter from Texas Senate Democrats laid out five specific gun control proposals it urged the Legislature to pass immediately in a special session: raising the minimum age to purchase a gun from 18 to 21, requiring universal background checks for all firearm sales, implementing “red flag” laws to allow the temporary removal of firearms from those who pose imminent danger, require a waiting period for the purchase of a gun, and regulating civilian ownership of high-capacity magazines.

Collier, the lieutenant governor candidate, and Democratic attorney general candidate Rochelle Garza have also called on Abbott to convene a special session of the Legislature to respond to the Uvalde shooting.

Collier said he would push to eliminate the law passed last year that allows Texans to carry handguns without a license or training and would instead urge lawmakers to pass red flag laws, stronger background checks for gun sales, safe gun storage requirements and raising the minimum age to buy guns from 18 to 21.

Collier said there’s a political appetite to make change at the Legislature, but it is stopped by Patrick.

“Take Dan Patrick out, put Mike Collier in, then the Senate will work with the House to get this done,” he said.

During his travels throughout the state, Collier said he’s met many Republican officials who support the gun control measures he is discussing but they are afraid to discuss it publicly.

“You talk to ordinary Texans — Democrats, independents and Republicans — and they want gun safety,” he said.

But Democrats won’t be working in a vacuum. Republican leadership is already flatly rejecting gun control measures, opting to focus on arming more teachers, increasing mental health resources and increasing police staffing at schools. Texas members of the National Rifle Association, a powerful voting bloc in conservative politics, told The Texas Tribune on Friday at the organization’s annual conference in Houston that they were unwilling to support any new gun restrictions.

On Friday, Abbott dismissed any suggestion of rolling back gun laws he signed to loosen gun restrictions and he dismissed the efficacy of background checks.

“Let's be clear about one thing, none of the laws I signed this past session had any intersection with this crime at all,” Abbott said. “No law that I signed allowed him to get a gun.”

“Inevitably when there’s a murder of this kind, you see politicians try to politicize it, you see Democrats and a lot of folks in the media whose immediate solution is to try to restrict the constitutional rights of law-abiding citizens,” Cruz told reporters Tuesday afternoon. “That doesn’t work. It’s not effective. It doesn’t prevent crime.”

Owens said that given voter support for Republicans in the state, GOP lawmakers won’t feel a need to make changes unless polling starts indicating that voter feelings toward mass shootings and the state’s response to them are becoming more negative.

In last April’s poll, 51% of Republicans and 37% of independents said state officials were doing enough to prevent such events.

“If the polls start shifting and races get closer and the public continues to talk about the topic, then the incumbent begins to talk about what they’d do as well,” Owens said.

David Thomason, a political scientist at St. Edward’s University, said Democrats would have to be careful about their approach if they want to win over the Texas public. The party would need buy-in from independent voters and Republicans, some of whom support limited gun control measures. Sixty percent of independent voters said they disagreed that state leaders had done enough to prevent mass shootings in last year’s UT-Tyler poll.

But pushing forward on measures seen as too extreme, like the mandatory gun buybacks O’Rourke has pushed in the past, could turn off rural, suburban and independent voters who could be persuaded to support other measures.

“The Democrats need to rethink how they approach guns and the relationship between guns and violence,” Thomason said. “It’s not a single issue — a single regulation will not change how someone commits violent actions. There are many pieces to it.”

Thomason also said the Democrats would have to strike the right tone in persuading pro-gun Texans to push for gun control measures. He said O’Rourke’s interruption of a press conference updating the public on the shooting would probably play against him in many parts of the state he needs to win over.

“Although he expresses what so many Texans feel, the consequences of that for voters that are in rural areas and suburban areas that are in the middle trying to decide do they want to stay with Greg Abbott and Lt. Gov. Patrick or do they want to jump onto a new train, that didn’t help him with those voters because it doesn't show leadership,” he said. “[The Republicans will] easily show him as just creating a political circus out of a moment of tragedy.”

So far, Democrats are not heeding that advice, confronting Republicans directly and publicly.

“When I heard [Abbott] was not going to do a single thing I knew I had to speak up and to do this on behalf of everyone who wants us to actually change things so that no family has to deal with the loss of a child or a loved one,” O’Rourke said in Uvalde. “We need to be honest about what’s happening and why it’s happening and what we have to do to keep it from happening and that’s all I’m trying to do.”

Joshua Blank, research director for the Texas Politics Project at the University of Texas at Austin, expressed skepticism that O’Rourke’s decision to confront Abbott would backfire politically. He said the stunt tapped into the outrage many Texans feel over how state leaders have responded to the shooting.

“Anyone who thinks it was a bad idea probably wasn’t going to vote for O’Rourke anyway,” Blank said. “What O’Rourke was doing was expressing the frustration and anger that a lot of Democrats feel, and independents feel and Republicans feel. That’s not something he could wait two weeks to do; it wouldn’t have the same weight.”

Thomason said any policy change will be a heavy lift that will require compromise, something that is in short supply in politics these days.

“The smart move politically right now is to say ‘Let’s work together and not put your finger out and start yelling,’” Thomason said. “Put your hand out like a handshake and say let’s work together to solve this.”

Jason Beeferman contributed to this report.

Disclosure: University of Texas at Austin has been a financial supporter of The Texas Tribune, a nonprofit, nonpartisan news organization that is funded in part by donations from members, foundations and corporate sponsors. Financial supporters play no role in the Tribune's journalism. Find a complete list of them here.

This article originally appeared in The Texas Tribune at https://www.texastribune.org/2022/05/30/texas-democrats-gun-control-uvalde/. 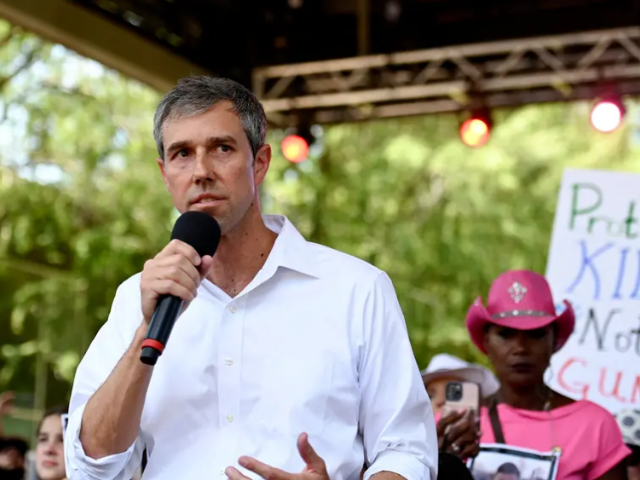