In response to the recent police-involved shootings, more than 100 people gathered at the Circle School, an institution that teaches peace, to discuss ways to respond to police brutality and achieve equality for historically marginalized minority groups.

In the course of the three-hour convening, those who attended agreed to continue meeting and a new group was formed: San Antonio Coalition for Justice & Equity.

The event, titled Allies Against Police Brutality, began with a speech from Mondrea Harmon graphically describing the horrors of the African Slave Trade and the many commonalities shared by the African-American and Latin-American Communities. (Replay the full video below.)

“Everybody’s on T.V. talking about how we’re going to do better, but they don’t even understand their history, and YouTube is not going to save them,” Harmon said.

After Harmon’s speech, Moderator Marisa Laufer asked people to separate into racial caucus groups to discuss issues with those likely to have similar racial experiences.

Then Laufer asked the groups to discuss and analyze their understanding of issues including police brutality, white supremacy and the adverse effects of colonialism. The groups were asked to come up with proposals on how they could contribute as allies to the common cause of taking a stand against police brutality.

The Latino and White Caucuses shared highlights from their discussion and the Black Caucus shared thoughts about what they needed from the other groups as allies. One black mother encouraged participants to teach their children about these issues at home and to spread love.

During the next part of the event, various speakers shared personal anecdotes, historical references, and proposals for moving the group forward.

Speakers included Deborah Jones, who talked about her nephew, Marquise Jones, who was killed by an off-duty San Antonio police officer in 2014. (Read articles about that case here in the San Antonio Current. )

Community activist Walter Perry encouraged people at the meeting to help end violence, and said more people from the city’s historically neglected Eastside need to be involved in the political process.

Mary Kaye Johnson told a very personal story about raising her son in San Antonio so that he would be safe from the violence that is so very common in her hometown of Chicago. She told her fellow attendees that everything she does in this movement is to make sure that the world gets to know her son as a man.

Johnathan Jones challenged people in the room to evaluate their priorities in handling these issues. He also said that his vision going forward is making sure that individuals aren’t allowed to police groups that they are afraid of.

The last speaker was T. Max McMillan. “If you are here to be an ally I strongly urge you to reconsider,” McMillan said. “Forget allies, at this point we need accomplices. If you’re not putting blood in the game, then we appreciate you, but please step back and allow someone who is willing to shed blood for this cause to do the same.”

The video with this story also includes an interview with the president of the University of Texas at San Antonio chapter of #BlackLivesMatter, Ashley Billard, who talked about how students can work together to further the cause.

Continue to follow NOWCastSA’s coverage of this group, and all things #BlackLivesMatter. 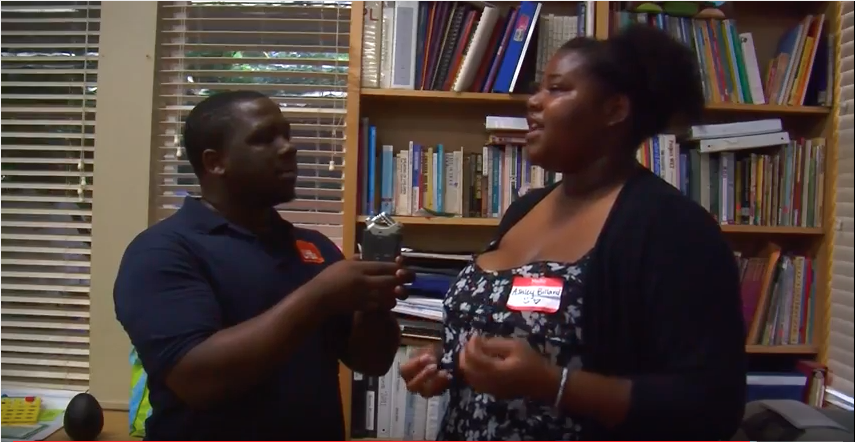