St. Mary's University President Emeritus Charles L. Cotrell, Ph.D., Director of the Institute, said the Community Conversations are intended to be "informal, civil and interactive," and he characterized it as "a living room for St. Mary's University."

Drennon shared slides and research she had done with her students at Trinity, and Taylor, who is an adjunct lecturer at the University of Texas San Antonio in the Public Administration Department of the College of Public Policy, also included research from academic journals and national publications.

You can replay the entire video here:

The St. Mary's University article about the conversation, with the live Twitter feed from that night is here: https://www.stmarytx.edu/community-conversations-focuses-san-antonio-gentrification/ 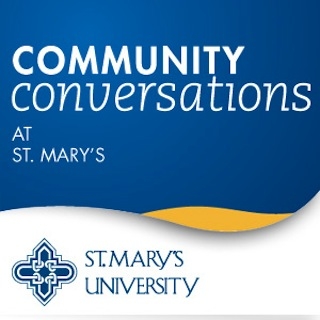