Update: The matter was rejected by the San Antonio Zoning Commission on May 17. Click here for story and video. The issue now moves to San Antonio City Council.

On April 4, more than 50 residents from Tobin Hill and other nearby neighborhoods met with city officials and their councilman for a spirited conversation about whether 88 properties should be covered by Historic Designation.

At the two-hour meeting at Our Lady of Sorrows Catholic Church, several residents said they were unhappy about being pressured to be covered under a less stringent Neighborhood Conservation District.

Residents from nearby Beacon Hill Neighborhood came out in a show of support for the stricter designation. They waved a poster of a recently built property at 930 West Craig that is an abrupt and unatractive departure from the style of the neighborhood, yet was allowed by the city under Beacon Hill’s Neighborhood Conservation District.

Watch the videos from the meeting below. 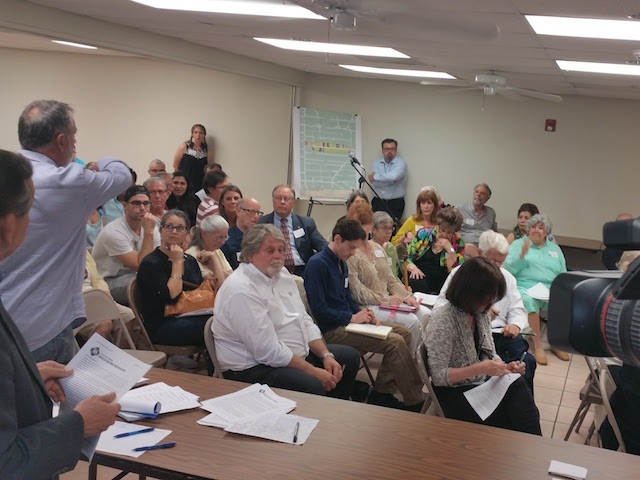