Replay the video to see candidates' answers to questions. You can tap on the question and it will jump tot he spot in he video where they answer. Scroll down to see highlights of answers from the Bexar County Sheriff contenders.

Highlights from the Bexar Sheriff Debate 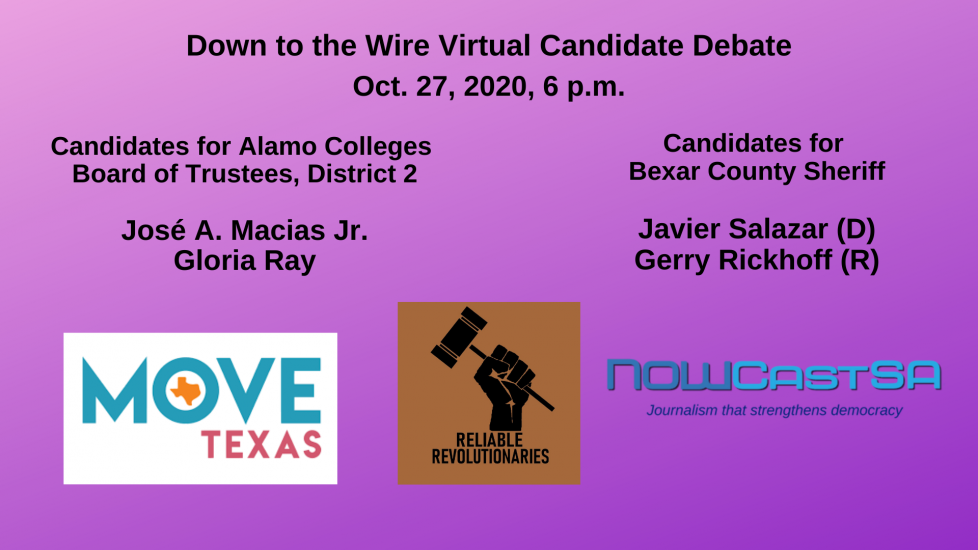