Replay video of the District 2 San Antonio City Council Candidate Forum, hosted by NOWCastSA in partnership with Local Community News and made possible with support from your neighbors.

The April 10 Forum featured questions that came from the community. The discussion was moderated by NOWCastSA Executive Director Charlotte-Anne Lucas, a veteran journalist and long-time resident (and voter) in District 2. American Sign Language (ASL) Interpretation was provided by SAI Interpretation & Translation.

THE CANDIDATES, in ballot order:

Election Day is May 1.  Early voting opens April 19 and continues through April 27. All 10 San Antonio City Council seats and the Mayor are up for election.

Due to the current limitations of its staff, resources and funding this NOWCastSA-hosted forum is the only D-2 candidate event that NOWCastSA will webcast leading up to the election. In the event of a run-off election NOWCastSA may host a second D-2 forum for those candidates. 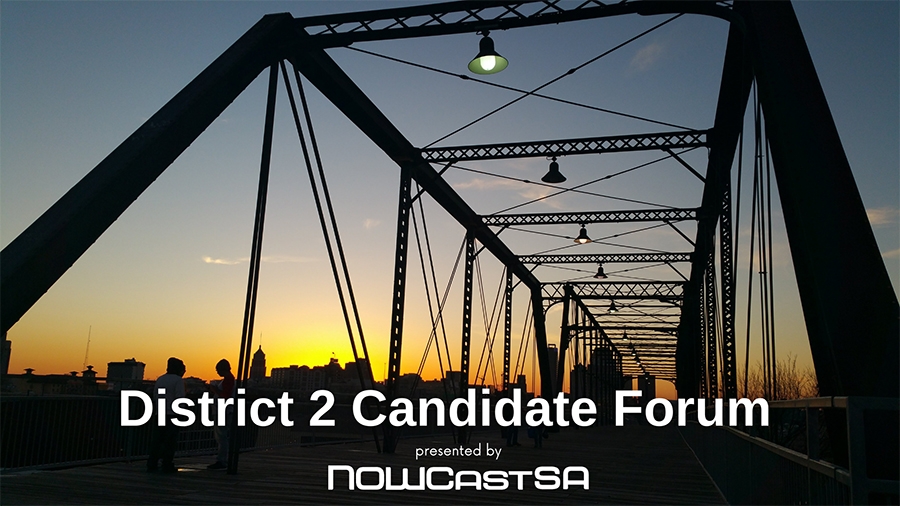