Webcast: A Faithful Conversation on Anti-racism

Replay the webcast of Living in My Skin: A Faithful Conversation on Anti-racism, presented by San Antonio Faith-Based Initiative at Whitley Theological Center, 284 Oblate Drive.

This webcast ws sponsored in part by the peaceCENTER, enabling anyone to replay the video for free, right here on this page.

Watch the complete video, or scroll down to read comments from the participants. 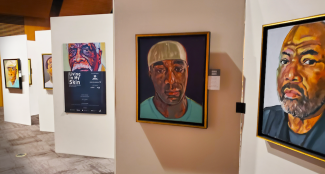 Living in my Skin is an exhibit by local artist Lionel Sosa featuring 33 oil-on-linen portraits of San Antonio Black men, ages 10 to 90, as well as a two-part film documentary that premiered on PBS station KLRN (click here to watch the documentary). According to the Living in My Skin website, the purpose of this project is to shine a light on today’s reality, what it’s like to be a Black man or boy in San Antonio, and to help bring about a better understanding of each other as a community.

The purpose of the Oct. 5 gathering was to have an important community conversation, especially among leaders within San Antonio's faith community. The event was open to the public and all faith traditions, religions and expressions of spirituality were invited to attend.

What does anti-racism mean to you?

As we transcribe them, we are adding the comments from Sosa and the panelists on Oct. 5 in response to that question:

“To be anti-racist you have to care about the subject of racism.

“To be anti-racist we have to have the ‘we’ mentality versus the ‘them’ mentality.

“All of us here at one point were not affected by racism... when we were really little.

"I see too many people who say they are Christians and they are carrying the flag of racism...how can you talk about love as the basis for Christianity and still not love your neighbor?

Williams continued: “I see too many people that say they’re Christians, and they’re carrying the flag of racism. Too many. That it’s the biggest puzzle to me of how that can be.

“How can you talk about love as the basis of Christianity, and still not love your neighbor?

“Find those people who are what they say they are, Christians, gather them up and get them to speak up when they know wrong… you must speak up.

“We need people with goodwill and courage to speak up.

“I had all of these hopes that my grandchildren would not have to face the same thing I had to face. Recently that hope has been dimmed.

“Just because you’re successful as a black person, as an Hispanic, as a Native American, as somebody, people will use that as an excuse to say ‘you weren’t prejudiced against, you didn’t experience racism’... If you look at the bios of the people on these...portraits... they’re successful people and every one of them has experienced racism.

“Anti-racism is just speaking up with courage."

“You’ve got to understand that we belong to a certain race… It’s how we look at other races. The question is, do we look at them in a negative way or a positive way?”

“God created variety. He didn’t say one, one race. That’s the beauty of our world and our communities. That we have variety”

“How do I look at the other person? Can I step in their shoes and feel comfortable?”

“At a certain point, in terms of success, you pull yourself up by your bootstraps...you hear that line a lot...how you got where you are. You’ve got to work hard, do this and do that… For people of color, that’s a heavy boot.”

“As a people, as a community, as a world...we need to be able to look at the other person as God created. In a loving way.”

“Anti-racism [is]...you have to acknowledge and check your own unconscious biases”

“Lead with love and let’s change the world together one mind at a time.”

“I see different people of different faiths, different colors and together you all just make a beautiful tapestry of what humankind is about.”

Bishop Copeland retold a parable that he said he used from the pulpit of his own church and then concluded:

“What you do unto the least of these, you do also unto me.

“Repeat after me, I am, because we are. We are, because God is.”

“Extend ourselves, and love unconditionally.”

“After George Floyd's death, all of us were at home...and we saw this Black man being killed and it affected all of us ... Black men were feeling that knee on their neck in a way that I could not experience as a Latino…

“Sharing stories is one of the ways to fight racism.

“I'm going to listen to this again so I can hear all of your stories again and make notes of things that all of us need to remember and keep in our hearts and our minds...

“While all of us think we are anti-racist, we nee to sometimes step back and say are we really, and what are the things that we do unconsciously and unknowingly that might hurt somebody else.” 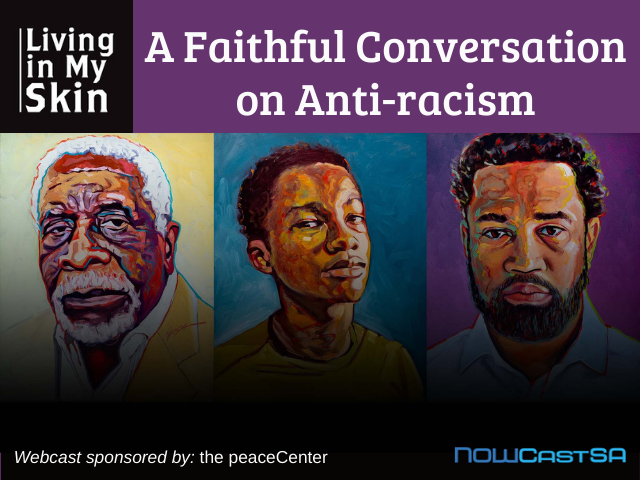