REPLAY the video of President Barack Obama detailing his plan to take executive action to deal with immigration reform in an address to the nation on Nov. 20.

NOWCastSA carried his remarks live on this page via the feed from Whitehouse.gov. The video is archived, so you can replay the webcast right on this page.

NOWCastSA previously carried a webcast from the White House when President Obama announced Promise Zones in San Antonio and four other cities. Former San Antonio Mayor Julian Castro attended that event. You can replay that video on this page. 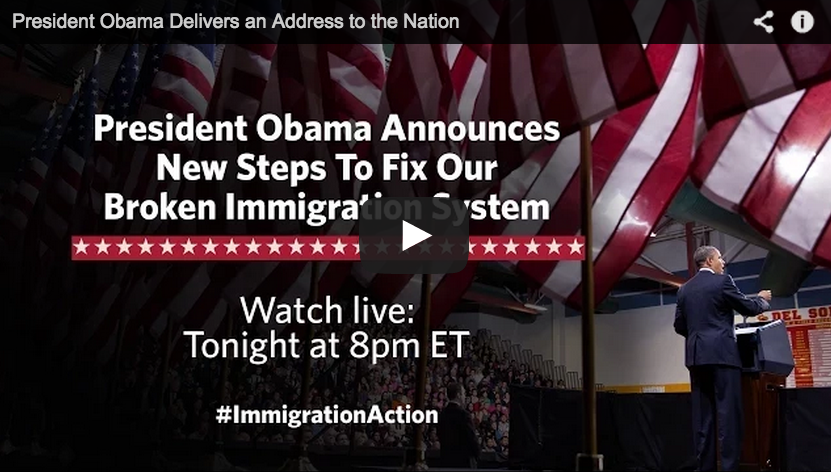