Women and Activism in the Westside

The Museo del Westside launched its inaugural website and a virtual exhibit “Women and Activism in the Westside”  to mark the centennial of the 19th Amendment.

Although the amendment declared that the right to vote cannot be denied on the basis of sex, it did not guarantee voting access. Citizenship laws, poll taxes, threats and violence barred African American, Latina, Native American, Asian American, immigrant, and poor women from voting. 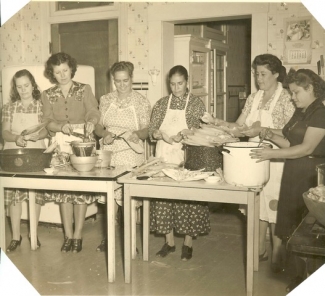 The dominant narrative of the history of the women’s suffrage movement has been told mainly as the story of a few famous white women, yet the suffrage movement was multicultural and transnational. The Women and Activism in the Westside exhibit will tell a more inclusive story that focuses on women activists in the Westside of San Antonio, highlighting women who march, boycott and rally for social change and women who participate in strikes for better working conditions.

This exhibit showcases women who celebrate their identity and culture in the face of white-centric, male-dominated industries. Women who are intentionally working toward the change they wish to see and women who act on what they believe. The exhibit will profile politicians, neighborhood activists, educators, labor leaders, journalists, ranchera singers and carpa performers. 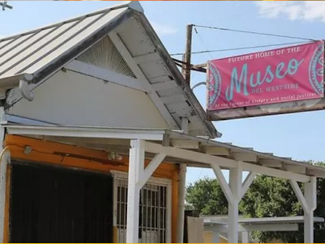 Furthermore, it will include some well known women like Emma Tenayuca, Jovita Idár, and Maria Berriozábal, but also women whose stories have not been told in history books. Women who organized church tamaladas, circulated petitions and spoke out at city council meetings. Women who led school PTAs and shared their homes with families displaced by flooded neighborhoods. Women who are remembered by their daughters and granddaughters, who are vital members of la comunidad del Westside.

The Museo del Westside is part of the Esperanza Peace and Justice Center and it’s dedicated to preserving and presenting the unique history, heritage, culture, pride, work ethic, and diverse experiences of la gente del Westside, to increase understanding and appreciation by building and strengthening knowledge of the Westside in order to create a more vibrant future for our community. This exhibit will continue to develop, and so if you have a story of a Westside woman activist who you would like to share to this project please contact us at museo@esperanzacenter.org or call 210.228.0201