And march they did. By the thousands.

According to the vision statement of International Women's Day 2010, "women and girls all over the world are the voices of conscience, the roots of change and the leaders of social and global movements . . . we march in solidarity with women and social justice movements around the world."

In San Antonio, about 2,000 women, men and children gathered for the march at the corner of Bowie and Market Streets, next to the Grand Hyatt hotel. Grand Hyatt worker, Iola Scott warmed up the crowd by talking about her employer and what she says are injustices taking place in the handling of worker injuries at the hotel.

Scott is a member of the housekeepers union, Unite Here.

Following a blessing by hip-hop graffiti artist, Chicana poet and vocalist, Kiowitl Xochitl, the crowd took to the streets and headed for Milam Park.

To see a slideshow of photos of the march, click here. 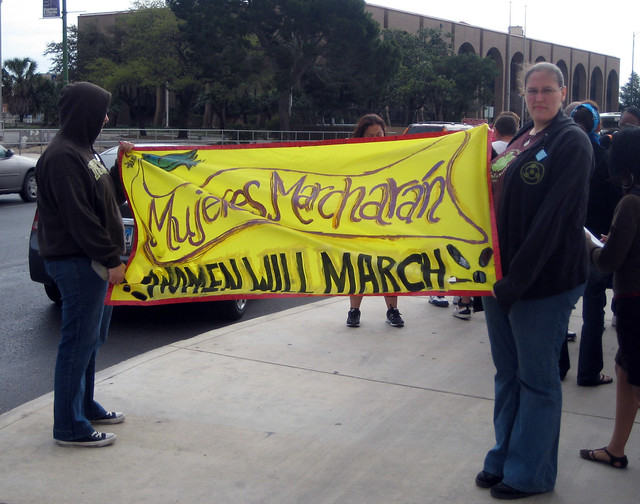 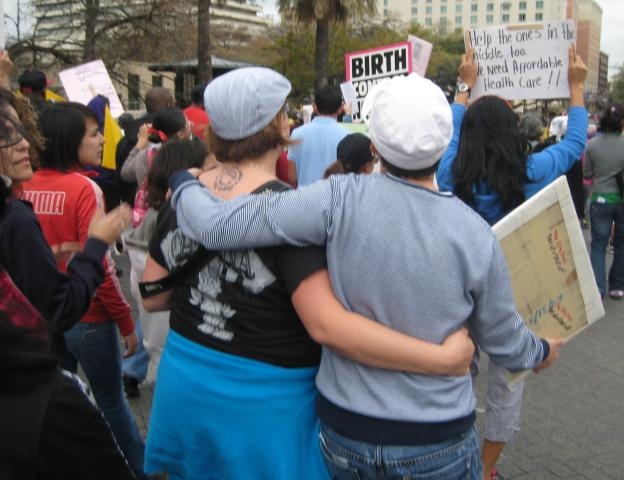