Not only that, but 8,832 people didn't go to the hospital because you stayed home, according to projections by CI:Now, a San Antonio nonprofit that expands access to data that is understandable, trustworthy and timely.

For many people, staying home since then has been a frustrating experience with few tangible benefits.

Executive Director Laura McKieran, DrPH,  said the CI:Now team wanted to let people know about the positive impact their behavior can have.

"We used epidemiologists' COVID-19 models to put numbers to the hospitalizations and deaths in Bexar County that can be prevented between now and October by our staying home," CI:Now explained in this article on its website. (Learn more in this New York Times article about the impact of "social distancing" over time.)

If people stay home for 60 days - through May 25 - CI:Now's model showed that would keep 91,957 people from being hospitalized and would save 9,644 lives. (See or download a PDF illustration here.)

CI:Now noted that 9,644 is the same number of lives that would be saved if we could prevent or cure the county's top five causes of death combined: heart disease and stroke, cancer, Alzheimer's, accidents and diabetes.

CI:Now said the pattern will hold true, "although we don't expect these numbers to be exact, because no model can truly predict the course of a viral outbreak."

"Because what happens depends so much on what we do, what we don't do, and when. And that's just the point," the article said.

"We also know that staying home is not enough if we can’t identify people with infection and house them safely and separately until they recover. With most infections causing mild symptoms or no symptoms at all, widespread testing is critical to finding those infections, and we just don’t yet have the supplies we need to do that testing," the CI:Now article said.

"So we offer this infographic painfully aware that it can’t tell the whole story or predict every possible future, nor can it ease any economic or personal hardships. We hope, though, that it will help us all remember that of the few truly terrible choices available to us at this moment in history, the one we’ve made is – by far – the least terrible."

CI:Now is staffed through a community-academic partnership with The University of Texas Health Science Center at Houston (UTHealth) School of Public Health in San Antonio.

CI:NOW is a member of the National Neighborhood Indicators Partnership, a collaboration between the Urban Institute and local organizations that connect people with neighborhood data.

Disclosure: Support from CI:NOW helped create and sustain NOWCastSA, and the two organizations have partnered and continue to collaborate on many projects.

Uvalde buries 10-year-old Amerie Jo Garza, the first of many funerals to come

Written by Alexa Ura on May 31, 2022 - 12:08pm
By Alexa Ura, The Texas Tribune UVALDE — She had three names joined like charms on a bracelet. Amerie Jo Garza was laid to rest Tuesday before the eyes of God, her broken family, a shattered town and a shamed nation. It was three weeks to the day after her 10th birthday. On a sunny Tuesday… Read More 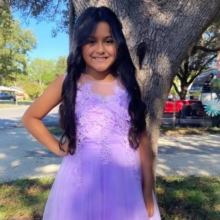 Written by Alexa Ura on June 1, 2022 - 5:09pm
By Alexa Ura, The Texas Tribune UVALDE — In the days following the school shooting at Robb Elementary, the streets of this small town were lined by sets of 21. The 21 bows of gauzy ribbon tied to the thin posts of a black iron gate. The 21 candles glowing from the window ledge of the historic… Read More 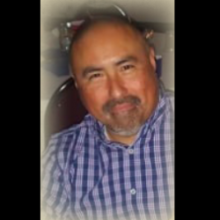 Written by Alexa Ura on June 6, 2022 - 5:03pm
By Alexa Ura, The Texas Tribune UVALDE — In the days following the school shooting at Robb Elementary, the streets of this small town were lined by sets of 21. The 21 bows of gauzy ribbon tied to the thin posts of a black iron gate. The 21 candles glowing from the window ledge of the… Read More 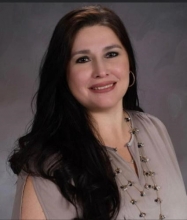 Jayce Carmelo Luevanos, a student from Robb Elementary, dies at 10

Written by Vivian Lopez on June 6, 2022 - 4:28pm
Jayce would always bring the neighborhood kids to his family home, just a block away from the elementary school where he was killed. The yard was often packed with children, his grandfather, Carmelo Quiroz, told USA Today. The 10-year-old would make his grandparents a pot of coffee every morning… Read More 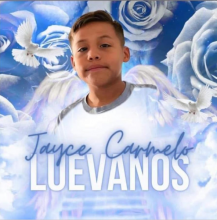 Xavier James Lopez, a stylish honor roll student with a love for art, dies at 10

Written by Sofia Briones on June 14, 2022 - 4:53pm
Even at 10 years old, Xavier could pull off a stylish outfit, complete with a button-down shirt and clean Adidas sneakers. He could also put on a show for the cameras. He would dance to Colombian songs and do face masks with his mom on her TikTok account. “He was funny, never serious, and his… Read More 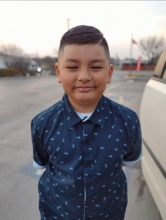 Written by Vivian Lopez on June 6, 2022 - 4:31pm
Green was Maite’s favorite color. She was always sporting her pair of lime green Converse tennis shoes. She had hand-drawn a heart on the right shoe. Her mother, Ana Rodriguez, said Maite would always get chicken strips with a side of sliced jalapeños when they went to Whataburger. She described… Read More 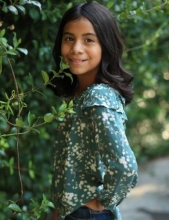 Tess Marie Mata, an introverted and charismatic girl who was saving up for a trip to Disney World, dies at 10

Written by Sofia Briones on June 14, 2022 - 5:20pm
Tess had a jar full of cash in her purple bedroom, according to The Washington Post. She was saving up money for a family vacation to Disney World. Relatives said she loved the Nickelodeon show “Victorious” and the Houston Astros. Maelee Haynie, 16, and Mackenzie Haynie, 17, said Tess was best… Read More 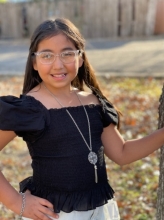 Written by Sofia Briones on June 14, 2022 - 12:42pm
Allison McCullough will remember Makenna’s smile, which she said could light up a room. “She had the biggest heart and loved her family and friends so much,” McCullough said of her niece on a GoFundMe page. Late Thursday, a young boy who said he was 8 years old walked up to Makenna’s cross in… Read More 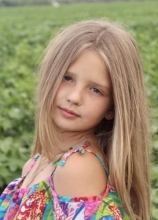 Jailah Nicole Silguero, a dancer who loved the outdoors, dies at 10

Written by Vivian Lopez on June 6, 2022 - 4:39pm
It was uncharacteristic of her, but Jailah told her parents she did not want to go to school the morning of the shooting, her mother, Verónica Luevanos, told Univision on Wednesday. Jailah asked her father if she could stay home; he told her it was up to her mother, who eventually dropped her off… Read More 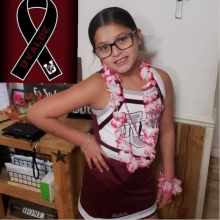 Rojelio Fernandez Torres, a smart and loving son who loved the outdoors, dies at 10

Written by Sofia Briones on June 14, 2022 - 7:52pm
A large stuffed Yoda, along with a Batman-themed football and several stuffed animals, greeted loved ones at Rojelio’s memorial at the town square. On the cross with his name, one child had written,“You were a good friend” with smiley faces for the two O’s in “good.” Others kept it simple. “Sup… Read More 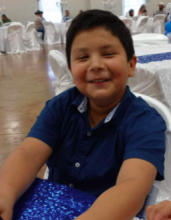 Layla Marie Salazar, a sweet and cheerful track star who loved to have fun, dies at 11

Written by Sofia Briones on June 14, 2022 - 1:17pm
Layla loved to swim and dance. And she could really run. The 11-year-old won six races in a recent field day and took home blue first-place ribbons. Now she would “run with the angels,” said her father, Vinnie Salazar. He would “jam” with his daughter to “Sweet Child O’ Mine” by Guns N’ Roses on… Read More 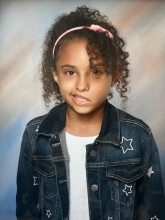 Written by Vivian Lopez on June 6, 2022 - 4:44pm
Mireles worked as an educator for 17 years. Many in the small-knit community of Uvalde have been her students. Mireles’ husband, Ruben Ruiz, is a school police officer. He ran an active-shooter drill at the local high school just months ago, according to the school district’s Facebook post. The… Read More

Eliahna Amyah Garcia, a sweet girl with a beautiful soul, dies at 9

Written by Sofia Briones on June 14, 2022 - 8:07pm
Eliahna knew she wanted to be a cheerleader, her dad, Steven Garcia, told the Today Show. She loved basketball and making TikToks. “Eliahna was such a sweet girl with a lovely and beautiful soul,” a GoFundMe page in her honor says. “She would light up everyone’s world with big smiles and big hugs… Read More 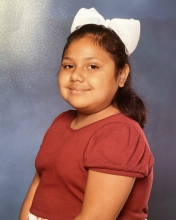 Maranda Gail Mathis, a kind student with a love for mermaids, dies at 11

Written by Sofia Briones on June 14, 2022 - 1:41pm
Next to the memorial for Maranda at the town square are piles of bouquets and two gray teddy bears. Someone who signed as Khloe wrote to Maranda in the center of the cross: “In our last time together, we were happy.” Someone else had drawn small butterflies. Leslie Ruiz, a friend of Maranda’s… Read More 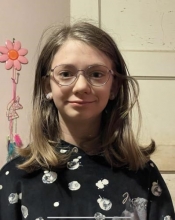 Alexandria Rubio, an athletic and intelligent fourth grader, dies at 10

Written by Vivian Lopez on June 6, 2022 - 4:51pm
There was a lot Alexandria was looking forward to: practicing softball and basketball with her father, playing volleyball in the seventh grade and learning about feminism. The fourth-grader got straight A’s in elementary school and had just been awarded a good citizenship award. “Our baby wanted… Read More 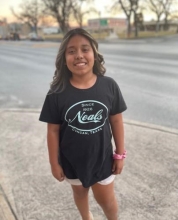 Eliahna A. Torres, a softball player with a dream of making the all-star team, dies at 10

Written by Sofia Briones on June 15, 2022 - 12:45pm
Eliahna wore the number four on the softball field. She loved the sport and was in contention for a spot on the city all-star team. She was looking forward to her last Little League game of the season after school on Tuesday. Two Little League teams in the area played a game in honor of her… Read More 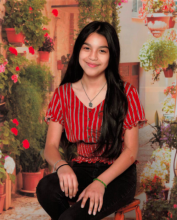 Jackie Cazares, a free spirited soul who was always willing to help others, dies at age 9

Written by Vivian Lopez on June 3, 2022 - 11:59am
Her family members describe her as a girl full of life who brightened the day of people around her. “Jackie was the one that would go out of her way to help anyone,” Jackie’s father, Jacinto Cazares, told ABC News. “It gives me some comfort that she… would have done something to help her… Read More 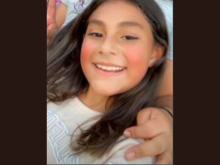 Nevaeh Alyssa Bravo, an Uvalde student who loved her family, dies at 10

Written by Sofia Briones on June 14, 2022 - 3:20pm
Nevaeh, whose name is “heaven” spelled backwards, now flies with the angels, her cousin Emily Grace Ayala wrote on Facebook. “It just feels like a nightmare that we cannot wake up from,” another cousin, Austin Ayala, told The Washington Post. “Her siblings have to wake up every day knowing that… Read More 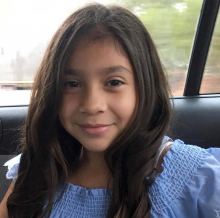 Alithia Ramirez, a caring and talented artist, dies at 10

Written by Vivian Lopez on June 6, 2022 - 4:53pm
Alithia loved to draw. She had submitted a drawing to Doodle for Google, her father, Ryan Ramirez, told KSAT-TV. She shared her love for art and soccer with her best friend, Nico Escalante, who was struck and killed by a car in Grand Prairie last year. Alithia tried to use artwork to provide… Read More 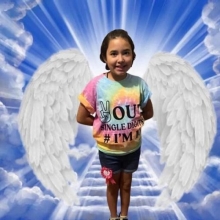 Annabell Guadalupe Rodriguez, an honor roll student with a loving family, dies at 10

Written by Sofia Briones on June 15, 2022 - 2:02pm
Annabell was a quiet child and an earnest student, having earned her place on the school’s honor roll. She was cousins, classmates and close friends with Jackie Cazares, another victim. “We are a very tight family,” Polly Flores, Annabell’s great aunt and Jackie’s aunt, told The New York Times… Read More 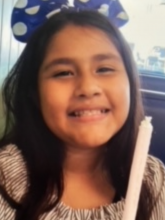 Uziyah Garica, a loving, outgoing, and energetic child, dies at 10

Written by Vivian Lopez on June 5, 2022 - 9:12pm
Uziyah last visited his grandfather Manny Renfro in San Angelo during spring break. They threw a football together, and Renfro was teaching him pass patterns. “Such a fast little boy and he could catch a ball so good,” Renfro told the Associated Press. “There were certain plays that I would call… Read More 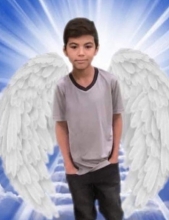 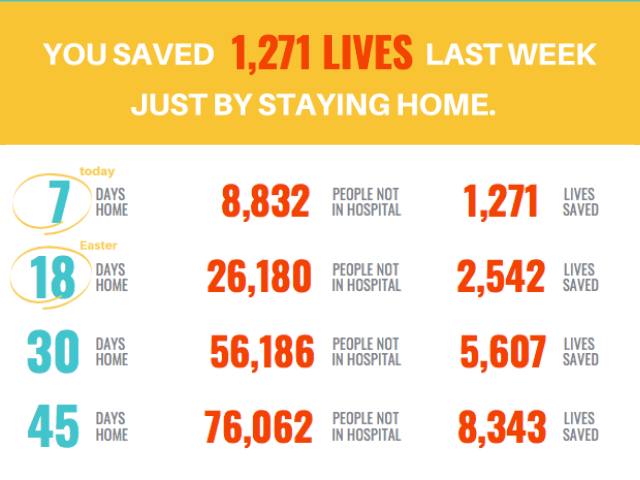