Alexandria Rubio, an athletic and intelligent fourth grader, dies at 10 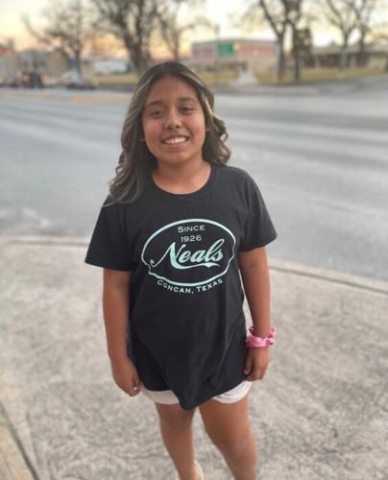 There was a lot Alexandria was looking forward to: practicing softball and basketball with her father, playing volleyball in the seventh grade and learning about feminism.

The fourth-grader got straight A’s in elementary school and had just been awarded a good citizenship award.

“Our baby wanted to be a lawyer; she wanted to make a difference,” her mother, Kimberly Rubio, told The New York Times. “Please make sure she makes one now.”

Kimberly Rubio said the family had been contacted by Gov. Greg Abbott’s office but declined to meet with him.

“My first thought was, ‘My Lexi doesn’t even like him,’” she said. “She was really little, but we talked about this stuff at home.”

As a fourth-grader, her recent aspirations were to earn a softball scholarship to St. Mary's University, where she planned to major in math, before attending law school to become a lawyer.

She jumped at any opportunity to help her mom, a current student at St. Mary's, with technology-based assignments.

Like her father, she played softball and basketball, and they both relished the time they spent practicing, one-on-one. She was so committed to the sports, she would practice on her own while he was at work, in advance of their sessions.