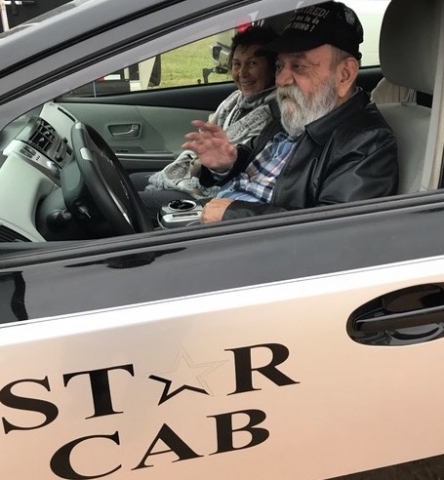 Up until the day he died, even when his body began to grow weaker, Cruz Chavira was still determined to solve the world’s problems, all for the betterment of the less fortunate, those who couldn’t defend themselves but who needed a voice, and, most of all, for his people, la raza, his daughter said.

“He was trying to figure out how to get the immigrant children out of the border camps. He would have tears talking about it,” his daughter, Renee Chavira O’Neill of Houston, said “During the impeachment trial (of Donald Trump), he was thinking of ways to get more Mexican-Americans to register to vote. He was calling all of his old warriors getting them to engage, even setting up a breakfast meeting weak in his chair.”

Chavira died March 15, 2020, in San Antonio of brain cancer. He was at home with his wife of 54 years, Genoveva Frietze Chavira, as well as his children. He was 74.

Born April 22, 1945 in El Porvenir, Chihuahua, Mexico, Chavira came to the U.S. with his parents Cruz and Evangelina Chavira at age 8. While attending Canutillo High School, he fell in love with Genoveva, a homecoming queen and captain of the girls’ basketball team.

After graduating from Canutillo High School in 1964, he worked briefly for Coca-Cola and soon began fulfilling his strong sense of civic duty with Project BRAVO, helping drive voter registration in El Paso. “Project BRAVO led him to community organizing and to see where he could help other people and the Mexican-American community,” his daughter said.

“(Retired) Judge Pat Macias worked with him during Project BRAVO where they banded together to formulate a plan for a voter registration drive,” she continued. “They signed up 15,000 new voters back before technology, and it was all with clip boards and knocking on doors.”

Besides having a strong altruistic nature, Chavira had an entrepreneurial spirit as well. In the late 1970s, he started his business, Avante International Systems, a consulting firm that helped small businesses, whether it be to assist them with expansion, creating a business plan or marketing. “He would write proposals to get grants for his company to help small business owners,” O’Neill said.

Around 1989, be became active with the National Council of La Raza, a Hispanic advocacy program and think tank, in Washington, D.C. while his wife and children remained in San Antonio. “D.C. was a tough commute with mom working and two kids in college and one in high school, so he came home,” O’Neill said. “He constantly thought of ways to move people forward to greater things.”

And this included his children. His daughter recalls her father encouraging her and her sister, Rachel, to submit an essay for Hispanic Heritage Week sponsored by the U.S. Hispanic Chamber of Commerce. Both were selected because of their academic achievements and potential leadership abilities. They were invited, among other Hispanic students throughout the country, to a ceremony in the Rose Garden at the White House with President Ronald Reagan congratulating them.

“I remember how surreal it was to be checked in by the Secret Service at the White House and shaking hands with the president,” O’Neill said.

Chavira was a longtime supporter of community involvement and education, serving on the Canutillo Board of Education and later in San Antonio as a member of the Transportation Advisory Board and president of the Star Cab Cooperative Association.

Regarding education, one of his biggest achievements was traveling to the Texas Capitol in 2010 to lobby to the State Board of Education to have Jose Bernardo Maximiliano Gutierrez de Lara – the first president of Mexican Texas, included in public school textbooks – and won. “He went to Austin and spoke for two days,” O’Neill said.

In 1990, Chavira began driving a taxi to earn extra income, and it was during his years as a cab driver that the civil rights advocate would have a major impact on hundreds of San Antonio taxi drivers by taking the initiative to form the city’s first taxi coop that gave drivers greater independence that also put more money in their pockets.

“After he became a member of the Transportation Advisory Board for the City of San Antonio, he was instrumental in getting City Council to allow drivers to form a taxi coop,” said his friend and former fellow cab driver, Robert Gonzales, who met Chavira about 20 years ago when Chavira began driving for National Cab, which Gonzales owned.

“Back in the day, the only way you could drive is if you worked for a company. Through the coop, drivers could own their vehicles and decide their expenses and set their fares,” Gonzales added. “By having a coop, those drivers could operate under their own banner and make more money because they could eliminate the middle man, or the owners of the cab companies. About 500 cab drivers benefited from these coops. They saved substantial amounts of money by joining the group.”

Ralph Velasquez, brother of the late Willie Velasquez, who founded the Southwest Voter Registration Education Project, knew Chavira when the two worked for LULAC. He recalls seeing Chavira, whom he referred to as the “Yoda of cab drivers,” in action when speaking to the Transportation Advisory Board to voice his displeasure about what he believed was the unfair advantage given to ride share drivers back in 2010 when Uber and Lyft were moving into the Alamo City. 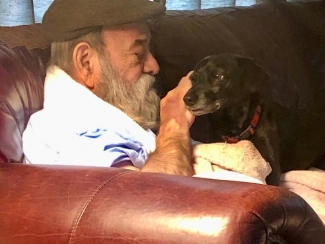 “He didn’t think it was right for them to get special privileges,” Velasquez said. “If cab drivers were required to have insurance, he believed that Uber and Lyft should, too. But he had nothing against the (ride share) drivers. He felt they didn’t know what they were getting into. For instance, if they were in a car accident, (the ride share drivers) could get sued, not the ride share companies.”

Velasquez also saw another side of Chavira that many people didn’t. “He was an intellect. He had a voracious appetite for reading. He and I would discuss Cicero and others. He had a way of being philosophical and calm when speaking. If you were coming to see him for a discussion, you had better be prepared.”

Placido Salazar, who met Chavira in 1980 when the civil rights advocate joined the local chapter of the Dr. Hector P. Garcia American GI Forum, knew him to be a fierce proponent for the rights of the Hispanic community. “When he came to the cab industry, it was only natural that he get involved to help cab drivers because he always fought for the underdog.”

Upon reflection of her father’s role and legacy as a civil rights and social justice advocate, O’Neill said her dad believed that our ancestry weren’t acknowledged for their contributions to the country, for their work ethic, and that they should be given a greater voice in all aspects of society.

“I remember he used to tell me that soon there will be more Mexican-Americans in Texas than any other ethnic group and explained the need to fight for better representation,” she said.

It was only fitting then that Chavira was buried in a guayabera with his LULAC pin – and his cab number written on his casket – No. 17.