Daria Vera, Who Lay Across a Bridge in 1966 to Support South Texas Farm Workers Strike, Dies at 73 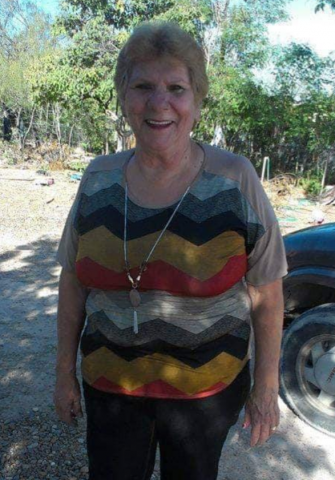 Many people in South Texas know the name of Daria A. Vera, but friends and family of the woman, who in the 1960s joined her fellow farm workers to fight for the rights of those toiling in the fields under deplorable conditions and for low wages, say her life story should be added to Texas history books.

In the summer of 1966, farm workers in Rio Grande City – including Vera and her husband, Mario – went on strike to protest harsh working conditions, such as no water breaks, no access to bathrooms, and paltry wages. They were paid 40 cents per hour to pick cantaloupes and asked for $1.25 per hour instead. 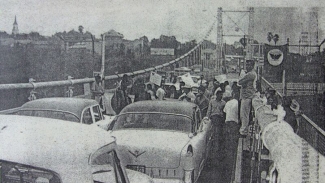 When farmers ignored their requests and chose to bus in workers from Mexico, many of the strikers blocked the Roma International Bridge to prevent that from happening. 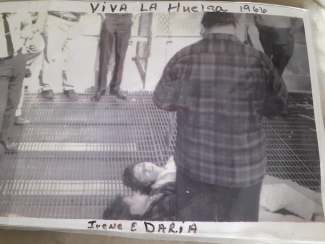 One evening, Vera, who was 20 years old at the time, along with another woman and 14 men lay down across the bridge so that the buses couldn’t enter the U.S.

The Texas Rangers soon arrived on the scene. “They handcuffed me behind my back. They dragged me across the bridge and arrested me,” Vera told the Texas Standard in a 2016 interview commemorating the 50th anniversary of the strike.

“She was a brave person,” Vera’s daughter, Maricela Olvera, said. “She laid on the bridge to make sure people from Mexico wouldn’t cross the line to work. (The farm workers) didn’t have water, toilets and they weren’t being paid enough. Mom said that’s what they were fighting for.”

Watch video of her funeral here:

Vera was born Nov. 18, 1946 in Rio Grande City to Miguel and Daria Arredondo, who worked the fields all their lives. She was one of 10 children that included seven boys and three girls. By age 8, young Daria was already working alongside her parents and brothers and sisters, picking onions, bell peppers, lettuce, cantaloupe and watermelon throughout Rio Grande City, some 15 minutes from the U.S.-Mexico border. The hard work and long hours left no time for an education.

“My mom only went to the third grade because she had to help work in the fields,” her daughter, Patricia Aguirre, said.

Aguirre said her mom and dad joined the Farm Workers Union, and she was secretary-treasurer for many years. During the 1966 strike, Cesar Chavez and other union leaders came from California to Rio Grande City to help them organize. However, when the farm workers realized their demands were still being ignored by farm owners, they decided to march from Rio Grande City to Austin to let the country know of their dire situation, although it took two months to reach the Capitol. They were even met by then-Gov. John Connally in New Braunfels, who urged them to go home.

“Workers should be proud of what we did,” Vera told the Texas Standard.

Rebecca Flores, a San Antonio labor activist and former state director of the United Farm Workers Union in Texas, said she met Vera in 2015 when they both worked on planning the 50th anniversary celebration of the 1966 Starr County melon strike, which founded the United Farm Workers Union. “She had a hard life and did back-breaking work,” Flores said. “Her spirit was always very strong. She said that joining the strike and the union was the best thing she ever did.”

Like Vera, Flores also worked in the fields with her family throughout South Texas and one year traveled to the Midwest to follow the crops. “No one had respect for farm workers. You didn’t admit to people you were one,” she said. “But that strike and march in 1966 caught people’s attention. It was an awakening. Farm workers everywhere began to realize they could organize, too.” 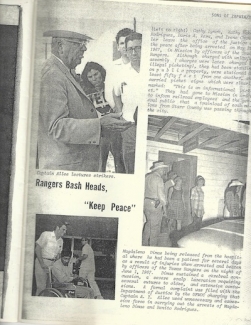 Olvera recalls her mother telling her about being arrested by the Texas Rangers. “They gave them a $500 fine,” she said. “Mom said they had them in the office because there were already too many people in the jail. People would call the jail to check on them – and she would answer the phone.”

Which isn’t surprising, Olvera said. “She was something else. We would go in my car to go pay bills or whatever, and we would be laughing and joking the whole time.”

Vera’s family, meanwhile, thinks their mother should be included in Texas history books for all she did to fight for the rights of her fellow farm workers. “Yes, she should, for everything my mom and dad did so that farm workers could have water, restrooms and better wages,” Aguirre said.

Disclosure: Rebecca Flores is a member of the NOWCastSA Board of Directors and is a financial supporter of NOWCastSA.