Dorothy Pearl Davis, a Matriarch and Longtime Caregiver, Dies at 60 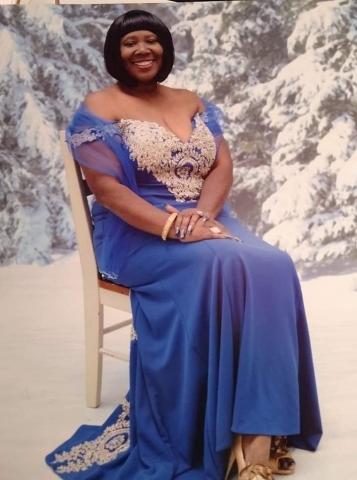 Dorothy Pearl Davis was a natural born caretaker whose innate sense of compassion and concern for others led her to become a certified nursing assistant so that she could help the frail and elderly.

“She loved to serve others and had that passion for caring for people,” said her sister, Dr. Tammy Steen.

Davis, 60, died May 10, 2020 in San Antonio. She was the first nursing home employee in the city to die of the coronavirus and was employed at the Southeast Nursing and Rehabilitation Center for only three months at the time of her death. 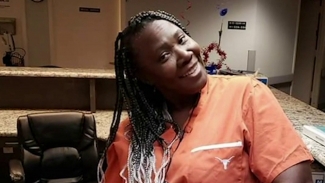 “I think she was making around $10 per hour, but it wasn’t enough to sustain her (financially),” Steen said. “She put in a lot of overtime. She said she had bills to pay and had to put food on the table. But she loved working with the residents (at the nursing home). She said they made her laugh.”

Born Dec. 31, 1959 in San Antonio, Davis was the eldest daughter of retired Army Master Sgt. James and Dorothy Davis and one of eight siblings. After their parents passed away, Davis became the matriarch of the family and was also a mother hen to her grandchildren, nephews and nieces, her sister recalled.

As matriarch, Davis loved to host family gatherings where she would show off her exceptional culinary skills in the kitchen. “She would tell us we’re having a reunion, and we’re having it at her house,” Steen recalled. “We would arrive and there would be T-shirts and lots of good food spread all over the table. She loved to make her Dr. Pepper ribs, potato salad, peach cobbler and greens. There was nothing she couldn’t cook.”

Prior to becoming a certified nursing assistant, Davis took care of an elderly couple for about 10 years, her sister said. Afterwards, she began working at the Southeast nursing home. When news began reporting that the novel coronavirus was spreading throughout nursing homes across the country, Steen urged her sister to quit and find another job.

In March, Davis became ill. She spoke to her sister and complained that she couldn’t taste anything nor could she get her fever down. Steen urged her to go see a doctor. “She told me she couldn’t afford to go because her insurance didn’t kick in until April. I told her to go to the ER. She told me she did, and that they told her it was probably allergies, and that she would just keep taking her allergy medications.”

But because Davis wasn’t getting any better, a family friend took her to see a doctor. “They told her it was strep throat and gave her some antibiotics,” Steen said. Still, her situation was only getting worse. On March 24, when Davis was too weak to get out of bed to go to the ER, Steen called first responders who transferred her to the hospital. That same day, she was put on oxygen.

“She tested positive for the coronavirus on March 27,” Steen said, adding that Davis spent about a month in the intensive care unit. “Then she started having problems with her kidneys and was later put on a ventilator.”

Steen did get to see her sister before she died, and that was through a Facetime call with other members of the Davis family.

“She will be missed,” Steen said. “She was a very strong power; she was a giant in her own way.”

A memorial is scheduled via Zoom at 1 p.m. May 23 for friends and family. “I’ve had to do everything at a distance,” Steen said. “It’s the hardest thing I’ve had to do in this life.”

Davis is preceded in death by her son, Marlon and a brother, Richard, as well as her parents. She is survived by a son, Anthony Davis; siblings, Johnny Davis, Danny Davis, Nancy Davis Siler, Carolyn Davis and Yvette Davis; along with eight grandchildren, two great-grandchildren and numerous nephews and nieces.