Helen Hausman, a Virtual Encyclopedia of Adventures World-Wide, Dies at 96 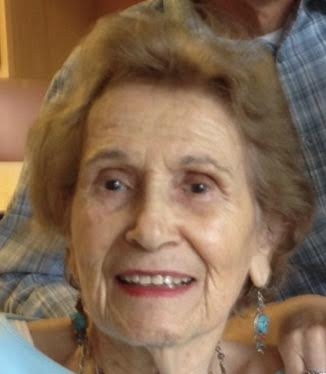 Helen Hausman, adventurous world traveler, patron of the arts, and advocate for compassion, died at home in San Antonio on Nov. 16, 2018, surrounded by her family and friends. She was 96. 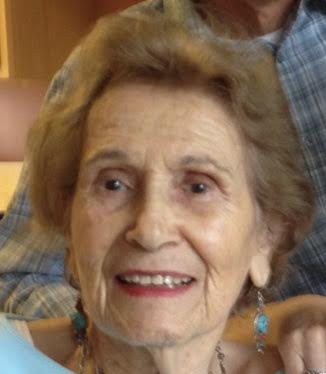 She was born Helen Beatrice Rasch on May 27, 1922, in the Bronx, New York, to second-generation immigrants from Eastern Europe. She, her sister Ruth and her brother Simon were orphaned when she was ten.

Despite her modest beginnings, she became a world traveler and a public figure in San Antonio. She was the wife of Dr. Robert Hausman, San Antonio’s first Medical Examiner, and had two sons. Her husband died in San Antonio on September 24, 1991.

Together, she and the family moved frequently between the United States, Robert’s home country of Indonesia, and the Netherlands. She spoke English, Dutch, and Indonesian, and was an active member of the League of Women Voters and the Democratic Party of San Antonio.

She heavily supported the arts and cultural movements, especially local theaters, and became a docent of the San Antonio Museum of Art in the early 1990s. In fact, she was so knowledgeable about art, that her friend Joanna Coffey from the SAMA recounted that she was able to give tours to guests and that they would always be impressed with how much she knew.

She was also active in Fiesta San Antonio and the San Antonio Little Theater. Always ready to learn something new, Helen often surprised her loved ones even in her old age, from scuba diving with her granddaughter in Mexico at age 70, to supporting her grandson’s heavy metal band complete with a black-lipstick look, to keeping fit by swimming until she was 94.

Friends and family of Helen Hausman remember her as an adventurous, loving woman. According to her granddaughter Nina Hausman, Helen was a walking “encyclopedia of adventures that you could ask her about.”

According to Benson Hausman, her youngest son, she lived all over the world and could connect with anybody anywhere, no matter their differences. “I was always amazed at the number of people who were friends of mine that became very good friends of her… So, relatively young till quite old and all different walks of life, and gender, orientation, whatever. I think that was because of her openness and feeling for adventure, and open-mindedness on everything, and that matched my father’s open, progressive thinking too,” he said.

Family friend Jenny Kahn said, “She grew up in a time when women’s identity was largely connected with the men in their lives and her husband was a very, very strong personality. And Helen was able to not only maintain her own identity, but her status as really apart from Robert.”

“She really showed the people around her that she loved them,” said Nina Hausman. “She showed affection through her work, through her presence.”

According to her eldest son David Hausman, “She would talk to street vendors in Indonesia as much as she could talk to a doctor at a dinner.”

Helen Hausman stood for tolerance and acceptance of all people as they are and was known for her compassion. “My grandmother not only stood for those things, but practiced them every day of her life and that she was rich because of the people that loved her and that’s something that we should all strive for,” said Vincent Hausman, her grandson. “She embodied that richness in spirit, that richness in terms of connection with people. And hopefully, if more people try to live their lives like that and count their connections with other humans as riches as opposed to judging people and excluding people, hopefully this world will become a better place.”

On the day of her death, Helen was carried out the door feet first as she had wished. Her remains were cremated on November 28, 2018. A graveside ceremony is planned, to have her ashes mixed with those of her husband’s per her request. She left behind one brother, who passed away in April 2019, two sons, one daughter-in-law, three grandchildren and four great grandchildren.