Jo Long Williams, A Petite Powerhouse Who Fiercely Advocated For Equity And The Arts, Dies at 71 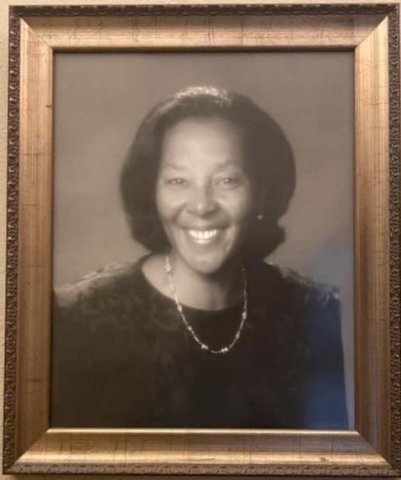 Jo Long Williams, who transformed the East Side’s 1918 Carver building into the globally recognized Carver Community Cultural Center for the arts, died on October 12, 2021 at her San Antonio home.

Hundreds gathered for her memorial service at the Carver Center’s 650-seat Jo Long Theatre for the Performing Arts, named in her honor in 2004. (Scroll down to watch complete videos of the service.)

Jo Long Williams was named executive director of the Carver Community Cultural Center in 1976 at 26, and retired in 2000. Her initial assignment was to create an arts and crafts program and develop a center highlighting African American achievements. However, under her leadership, the Carver was revitalized and reborn as a vibrant cultural icon that attracted performing artists from around the world.

Founded as a community center in 1918, the Carver’s 1929 identity, “Colored Branch of the San Antonio Library” is still etched in stone over the side door. In the 1940s and 1950s and 1960s, the Carver’s auditorium hailed prominent African-American entertainers such as Ella Fitzgerald, Duke Ellington, Count Basie, and Louis Armstrong. By the 1970s, it had fallen into disrepair and was saved from the wrecking ball by activists who literally lay down in front of bulldozers to protect it. (Watch a short history video about the Carver Center here).

After city officials agreed to reinvest in the building, Jo Long Williams was hired as executive director.

In a written tribute, the Carver Center said: “The impact Jo Long Williams had in shaping the cultural landscape of our City and beyond cannot be overstated. Many have spoken of her visionary and transformative role as an arts administrator and advocate, of her supporting the early work and careers of so many artists, of bringing up a generation of cultural leaders and laying the framework for so many other cultural arts institutions to come into existence and thrive. Almost all have spoken of her fierce love of and commitment to community, representation, inclusion and equity. In the world of the arts, Jo Long is indeed legendary.”

Navarra Willams, a friend and colleague, said at her memorial service, “This was a huge investment in the East Side community. This collaboration had, and still has, a significant impact on the East Side of San Antonio, and Jo forged all these relationships. Jo was a force of nature, God bless her. I will miss her and she will never be forgotten.”

A representative from the City of San Antonio read from a resolution of respect at the memorial service: “A life filled with kindness and faithful service came to a close for Jo Long Williams, a humble musician, visionary arts administrator, fierce advocate, community icon, and legendary member of the community. And whereas Jo Long, the first Executive Director of the Carver Community Cultural Center, was dedicated to providing premier artistic presentation, community outreach activities, and educational programs.”

Jo Long Williams was born in Lubbock and attended school there. After high school, she enrolled in Bishop College, an historically Black college in Dallas, where she joined the Alpha Kappa Alpha Sorority, Inc. on Dec. 7, 1968. “She perpetuated the sorority’s ideals through her work, community service, love, and kindness which will be sorely missed,” said Marilyn Staton White at the memorial service.

After obtaining her Bachelor of Science degree in music at Bishop, she enrolled in graduate school at Southern Methodist University in Dallas where she received a Master’s Degree in Music History. Jo’s professional career began at SMU as founding director of the Community Center for the Arts Association.

After her 25 years at the Carver, Jo spent more than 20 years as the office manager for the San Antonio College Christian Student Center. Director Mark Forster said Jo helped out with the weekly luncheons for students and led the successful effort to bring a food pantry to the Student Center.

She is best known for her work at the Carver, where “she was a powerhouse,” said David Garcia at the memorial service. “Who would’ve expected this will-o'wisp young, freckle-faced, loving lady would come give birth to a standard of artistic quality that brought respect and honor to the Black community?”

“I’m so bold to say that Jo also was a light that burned and we all indeed enjoyed that light,” Mark Forster said during the memorial. “Even though she always remained a small person in stature, I learned very quickly that she had a very big heart. A powerful personality as well as an intelligent mind behind that small frame.”

Dwight Hobart, a long-time friend of Jo’s, shared fond memories he had of her. In the summer of 1984, they both met at a fundraiser for Henry Cisneros. He recalls Jo walking up to him asking what part of Texas he was from. “The Panhandle,” said Hobart, “some folks have compared it to Siberia.” To which Jo replied, “Yes, but it has all the virtues of Siberia with none of the defense.”

About 25 years later, Hobart said he accompanied Jo to New York City on one of her regular scouting trips for talent to perform at the Carver. She was going to be busy almost all day with a committee meeting so he went to eat lunch with a friend to pass the time.

He met Jo back at the office later that afternoon where her meeting had taken place and began making small talk with her, saying, “A curious thing happened this afternoon. I was passing by an old Prebystrian church on the upper east side when I heard the sound of women’s voices singing an old gospel hymn. I entered the narthex and appeared into the sanctuary…”

Jo cut him off and said “What in the hell is a narthex?” Hobart continued, “There was a group of Black ladies singing as high as a sparrow to mark the passing of a white woman, a member of that congregation who had also been involved with their church in Harlem.”

Jo said, “So what? They sing that song in funerals all the time,” to which Hobart replied, “Well now Jo, I don’t know how many white funerals you’ve been to.” She looked at him with, according to Hobart, an “unfathomable expressionless expression on her face” and said, “Not near enough.”

In his eulogy, Pastor John Massie spoke of her strong faith. “When I met Jo, she was seeking a personal, intimate relationship with God. She was a woman who was very easy to love and she was hard to get to know. I didn’t even know that this theater was named after her for several years after I met her. She never said anything about it. Our conversations in the beginning were always always about her life, her need for a relationship with the Lord, her desire to really follow him for the rest of her life, her need for service. And all of you are familiar with those kinds of things.”

He described Jo’s hobbies and passions outside the theater. “Jo was in love with music, she and (husband) Buddy travelled all over the place, going to concerts of artists who were just beginning; new artists. And she loved that...Buddy said Jo was a master gardener. Her yard and her lawn were a showplace when I first went, I was amazed at that. She loved growing orchids and had them growing in her backyard. She treasured her African art that she collected; lots of it. And Jo had all types of antiques and things that she collected that filled her house.”

Watch Video of the Memorial Service