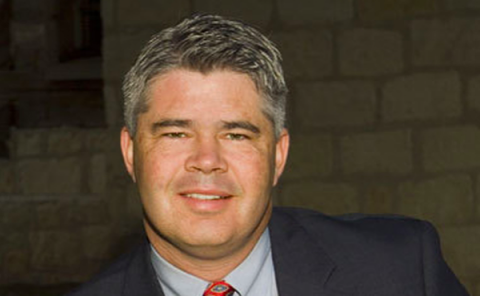 McKinney, who also worked as a San Antonio Police Department sergeant, frequently set his work in the Alamo City and incorporated elements of police procedural into his novels and short stories. He died in his sleep on Tuesday, according to multiple online posts by friends, and is survived by a wife and two daughters.

McKinney won two Bram Stoker Awards, horror writing's top prize, for his novels Flesh Eaters and Dog Days. He was nominated for the award, bestowed by the Horror Writers Association (HWA), another six times. (For the sake of transparency, the author of this obituary released a novel that was bound back-to-back with McKinney's Dog Days.)

As an author, McKinney was known for brisk, action-oriented prose. His first novel, Dead City, came out in 2006, amid a wave of zombie pop culture, and it's been cited in academic papers as a canonical work in modern zombie fiction. The book, which follows a San Antonio patrol cop as he tries to survive an undead apocalypse, spun into a four-novel series for Pinnacle Books.

McKinney wrote more than 20 books, according to his Amazon author page. In addition to his work for Pinnacle, his work includes a raft of non-zombie novels published by small presses. The author's fiction output dwindled over the past five years, however, and he largely withdrew from social media and literary conventions.

"I am terribly saddened to hear that a good friend and great writer, Joe McKinney, has passed away suddenly," horror author and HWA board member JG Faherty posted on Facebook Thursday. "I will miss the chats we used to have every few months. He was always there to help me when I needed some factual assistance with police procedure, or to just bullshit about things."

On Thursday, horror author Lisa Morton, a six-time Bram Stoker Award winner, posted a Facebook remembrance of McKinney. She met the San Antonio author in 2006 after being asked to write a blurb for Dead City.

"I became both a fan of Joe's work and a friend," Morton wrote. "At some point we both wound up serving as HWA officers and trustees, and Joe was always a trusted voice of wisdom. Even after he left office (he served lastly as HWA's secretary), we stayed in touch, talking about an amazing crime novel he wanted to write, based on some uncomfortable truths he'd learned while serving within the San Antonio Police Department."

Morton recalled McKinney breaking into tears as he gave an emotional reading of his 2013 short story "Bury My Heart at Marvin Gardens."

"Yeah, this guy was a cop who cried during fiction readings," she added. "He was a unique person, a helluva writer, and a fine friend."