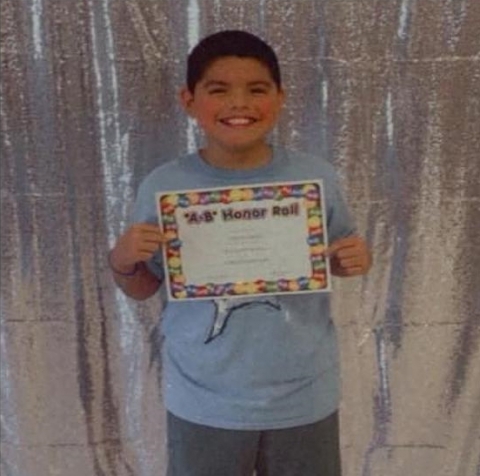 Jose was a good brother. He would try to help take care of his infant brother. His sister Endrea Flores, who is 9 months younger than Jose, said her brother would always play with her and support her.

Jose’s mother said he was her “little shadow” and would help her around the house.

Jose wanted to be a police officer when he grew up to protect others, said his father, Jose Flores Sr.

Jose Manuel Flores Jr. loved his family and had a special bond with his siblings. “He was just very good with babies,” said his mother.

Jose's father told CNN that he loved to play baseball and video games and was always full of energy. He was a happy little boy who loved to have fun.

A couple of hours before the shooting, 10-year-old Jose proudly accepted an honor roll certificate at the school.