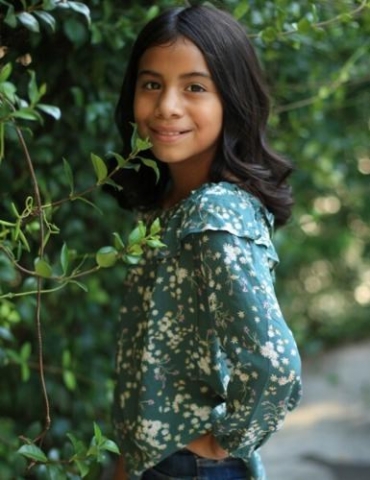 Green was Maite’s favorite color. She was always sporting her pair of lime green Converse tennis shoes. She had hand-drawn a heart on the right shoe.

Her mother, Ana Rodriguez, said Maite would always get chicken strips with a side of sliced jalapeños when they went to Whataburger.

She described her daughter as sweet, caring and goal-driven. Maite had told her mother she wanted to study at Texas A&M University and become a marine biologist.

She taught herself how to sew from YouTube videos. She had just picked up a camera and was practicing photography. And when it came to P.E class, she wanted to win.

Maite was a sweet girl and those who know and loved her were blessed with her kind, ambitious, friendly and sweet soul.

She was an AB honor student who enjoyed learning about animals and the ocean; especially dolphins, whales, and dogs.

She dreamt of attending The University of Texas A&M in Corpus Christi to become a Marine Biologist because of her caring heart towards wildlife and the animals within it.