Orlando and JoAnn Munoz, Married for 48 Years, Die Just Days Apart From One Another 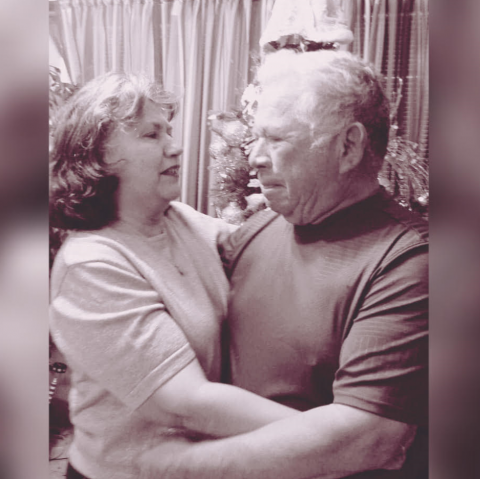 Although she will miss them dearly, their daughter said, it seems only fitting that Orlando and JoAnn Munoz, who lost their lives to the coronavirus, should pass away four days apart from each other because of the great love they shared.

“They loved each other a lot and couldn’t have lived without one another,” the couple’s daughter, Krystal Munoz, said. “I know if my dad had survived, he would have been so sad without my mother and vice versa. Now they’re together again.”

Born March 2, 1946 in San Antonio, Orlando attended Kennedy High School, where he showed off his athletic prowess, playing baseball, football and participating with the track and field team. After graduating, Orlando joined the Air Force and served in the military, working in logistics at Lackland Air Force Base, for 30 years until his retirement in 2002.

“He loved to take tacos to work for his co-workers at Lackland,” his daughter said. 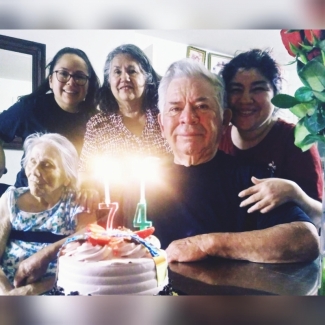 Not one to sit idly by, Orlando began working as a security guard in 2006 at the Alamodome until his death.  “He loved to work. He didn’t like sitting at home. Besides, he knew my mom would put him to work at the house,” Krystal said with a laugh.

But she also remembered her father as having a big heart, always looking out for others. “If he saw you stranded on the side of the road, he would always stop to help and get you back on the road,” she said. “I always worried about his safety from doing that. But he loved to help people.”

Meanwhile, JoAnn was born Dec. 1. 1951 in San Antonio and went to Edgewood High School. She briefly attended San Antonio College before she met and married Orlando and then began to manage the household once the couple started a family.

“She was the best mom I could ever ask for,” Krystal said. “She liked to garden and cook and take us shopping. She loved life so much. She also took care of my sister, Catherine, who has special needs, as well as my grandmother, who has Alzheimer’s.”

The couple had just celebrated their 48th wedding anniversary on June 25, Krystal said, when her father started having fevers and developed a cough although he shrugged it all off to allergies. Days after, Orlando began having trouble breathing and was rushed to the hospital, eventually being put on a ventilator.

It wasn’t long before JoAnn also began showing symptoms of the coronavirus. She was also admitted to the hospital and had to be placed on a ventilator to help her breathe. Krystal said she is grateful she got to see and talk to her mother before she died. “She told me how much she loved us, and I got to tell her how much I love her, too,” she said.

However, that wasn’t the case with her father, whom Krystal said died suddenly before she got to say goodbye. Now that her parents have died, Krystal is now in charge of taking care of her sister and 91-year-old grandmother, Josephine.

“It’s devastating and it seems so unreal that both of them are gone, but I have some comfort knowing they are together,” she said.