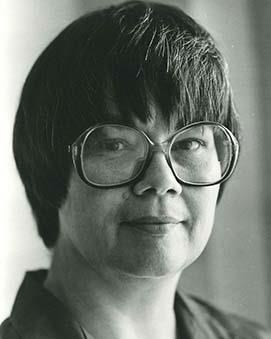 Editors note: In advance of her death, Pat Konstam wrote this obituary and left instructions on how it should be published. Read the colorful and personal remarks at the memorial service by her brother, Mike Smathers, by clicking here.

That summer she met her future husband, Aaron Konstam, at a graduate student meeting she led as a Presbyterian campus pastor at Penn State University. After their marriage in 1961, Pat did freelance writing for religious publications while Aaron worked as a chemist and computer scientist in Haifa, Israel; Dayton, OH; and St. Charles, MO. Their son, David, was born in Dayton in 1966.

In 1972, they moved to San Antonio where Aaron joined the Trinity University faculty. During the 1970s, Pat worked in the women's liberation movement as leader and volunteer with local and state National Organization for Women chapters and as an instructor in continuing education courses for women returning to the workforce. 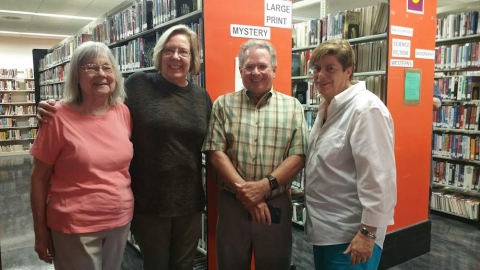 In 1980, without formal journalism training, Pat transitioned from freelancing to a 21-year career as a business reporter, editor and columnist.

At the San Antonio Light from 1980 until its close in 1992, she became the paper's first business editor as local business coverage expanded. In 1983, she won the National Small Business Media Advocate of the Year Award from the US Small Business Administration.

After the Light closed, she was a business writer for the San Antonio Express-News until her retirement in 1999.

In retirement Pat was an active volunteer at the Friends of the San Antonio Public Library's BookCellar used book store.

Pat was preceded in death by Aaron, her husband of 53 years; her parents; and infant brother, Charles. Surviving her are son, David of Elgin, IL; brother, Mike Smathers and his wife Judy of Big Lick, TN; brother-in-law, Marvin Konstam and his wife Varda of Boston, MA; and four nieces and nephews.