Rudy Valenzuela, Who Had a Gift for Making People Smile, Dies at 32 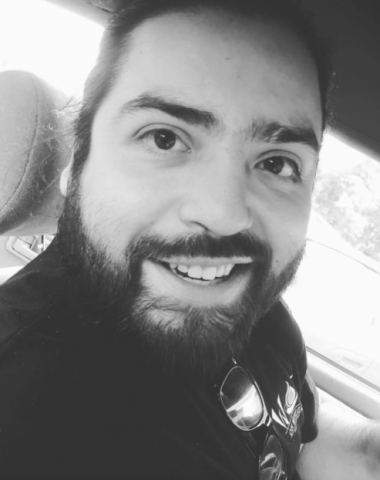 He was Rudy to his friends and Stephen to his family, but, either way, to those whom he loved and to those who loved him, Rudy Stephen Valenzuela will always be the spark of light whose magnetic energy lit up a room wherever he went, said his girlfriend, Bleah Patterson.

Valenzuela’s love for life "emanated from his smile, lighting up the lives of everyone he encountered,” she said. “His smile, his friends say, is what they will remember most.”

The two met through mutual friends in 2016 and hit it off instantly. “He was the most caring, doting person I ever met,” Patterson remembers. She also discovered that Valenzuela had a humorous yet corny side. “He told the dumbest, bad jokes,” she said with a laugh.

Born April 10, 1988 in San Antonio, Valenzuela attended Warren High School. After graduating in 2006, he left the Alamo City to attend the Art Institute of San Francisco to study photojournalism. However, San Francisco proved to be too expensive, so after a year, he returned home, but not before making a mint by playing poker at area tournaments.

“He was a brilliant strategist and made up to $100,000 playing poker. That’s how he supported himself while he was there,” Patterson said.

Valenzuela was working at Conduent for about eight months as a tech support representative before recently quitting to prepare to go back to school this fall at UTSA. He planned to major in economics. “He loved numbers and analytics,” Patterson said.

Valenzuela loved to watch cooking shows, Patterson said, and they often cooked together. He would get out the pots and pans and necessary ingredients to try his hand at a new recipe he had just seen celebrity chefs make on TV.

“He made the best carbonara, although steak and spaghetti were his staples,” Patterson said, adding that he was also a huge Spurs fan and loved playing fantasy football.

On June 19, Valenzuela started having flu-like symptoms. Even though he became seriously ill as the days went by, he feared being admitted to the hospital without Patterson or family members unable to be at his side because of visitor restrictions. On June 24, he was having trouble breathing and EMS was called early in the morning. Valenzuela had a heart attack on the way to the hospital, Patterson said.

“He was friends with everyone,” she said. “He felt it was his job to make people laugh or to put someone at ease at a party.”

Valenzuela is survived by his parents Dina and Rudolfo Valenzuela; sisters, Roxanne Garcia Padilla, Bella Valenzuela Pesina and Gilda Valenzuela; as well as many nieces and nephews, including Bailen Padilla whom he often referred to as his little brother.